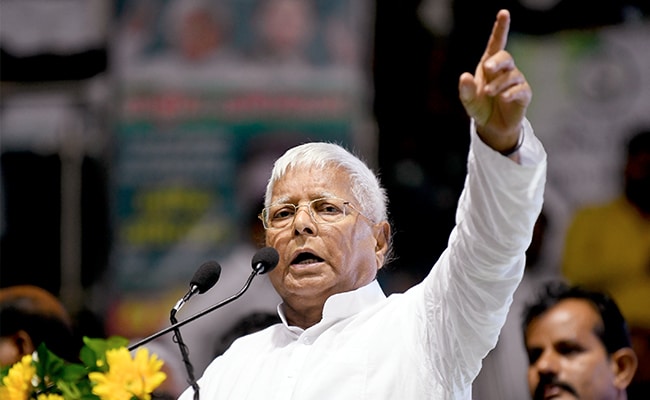 Senior Congress leader Digvijaya Singh on Tuesday urged RJD chief Lalu Prasad Yadav to participate in the Bharat Jodo Yatra for a day for some time, saying this would send out a good message.

Digvijaya Singh was responding to the former Bihar chief minister's remarks at the Rashtriya Janata Dal (RJD's) national convention on Monday when he had exhorted all Opposition parties, including "big party" Congress, to come together to take on the BJP in the 2024 general elections.

Sharing a video of the remarks, Mr Singh said in a tweet in Hindi, "Thank you Lalu ji. There is one suggestion. If you join the Bharat Jodo Yatra for a day for some time, it will send out a good message." Lalu Prasad had said that he would be leaving for Singapore for medical treatment on Tuesday.

In his remarks at the convention, Lalu Prasad Yadav had alleged that an Emergency-like dictatorial atmosphere prevails in the country with institutions being "destroyed".

He had said people will not forgive those parties which do not join the unity efforts against the BJP, he said.

People want the Narendra Modi government's ouster as they have been hit hard by price rise and unemployment, the RJD president had claimed, accusing it of making false promises.