Did Chhota Rajan Surrender to Protect Himself From Dawood? 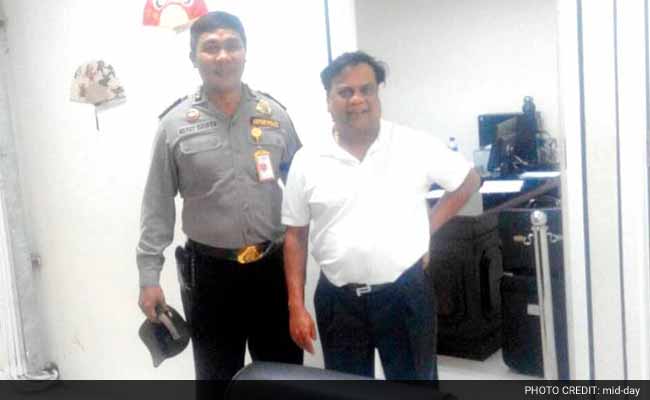 As soon as Chhota Rajan entered the airport, he was cornered by the Interpol and Indonesian officials.

Government agencies might be taking all the credit for capturing Chhota Rajan, but if sources in Mumbai Police are to be believed, the infamous gangster was the architect of his own arrest.

After more than two decades on the run from the authorities and his arch rival and former crime boss, Dawood Ibrahim, advancing age and the need to constantly look over his shoulder got to Rajan (55), and he decided to turn himself in, claimed officials from the Crime Branch.

The Home Ministry confirmed yesterday that Rajan alias Rajendra Sadashiv Nikalje had been arrested at Bali airport by the Indonesian police, acting on a Red Corner Notice issued by Interpol. The official version is that the arrest was made on a tip-off by the police in Australia, where Rajan had been living for years.

However, a Crime Branch official said Rajan had planned the whole operation and had, in fact, tipped off the authorities himself.

At 55, age had started to catch up with the gangster, who is suffering from kidney-related issues, as well as problems with the bullet injury he had received in an attack in 2000. The bigger problem though, was paranoia.

"Rajan's aides Santosh Shetty, Anil Chandra and Bunty Pandey were all deported from various foreign countries. Rajan was a very vulnerable target living all alone. Dawood's aide, Chhota Shakeel, even tried to kill him in Australia in July, but the Indian intelligence agencies intimated him about the attack after they learnt of it by tapping Shakeel's phone," said a police officer.

During interrogations of his men, the police learnt that Rajan felt this vulnerability keenly and saw threats in every corner. "Rajan is extremely paranoid. He killed J Dey (mid-day journalist) thinking he was tipping off Shakeel. Rajan killed Farid Tanasha, his own man, under the same belief.

He killed several persons just because he doubted them. Living this way had become difficult for him, we learnt while interrogating his people," said the officer, adding, "The best option for him was to surrender and live in India in jail and carry on his activities from within."

A source close to Rajan revealed, "Seth (Rajan) planned his arrest. He shared his travel itinerary (Passport no: G 9273860 registered under the name of Mohan Kumar, Garuda Indonesia flight GA715 from Sydney to Bali on October 25) to the Indian agencies, who shared the said information with a Red Corner Notice to Australian intelligence agencies who further alerted the Indonesian Interpol team," said a source close the mobster.

Rajan, a resident of Newcastle in New South Wales, Australia, would frequently make the trip to Bali to visit a hotel belonging to his aide, Anil Chandra. As soon as Rajan arrived at the airport he was cornered by the Interpol and Indonesian officials and taken to the detention room. Sources said Rajan was asked to share his passport details and his fingerprints and eyes were scanned before he was taken in.

The two countries do not have an extradition treaty, so it is likely that the Tilak Nagar don will be deported. Sources claimed that a lot of planning had gone into the arrest, with several Indian ministers flying to Indonesia over the past month or so to hammer out the terms on which Rajan's custody would be transferred to Indian authorities.

"Recently, several Indian ministers made trips to Indonesia. Just last week MoS for External Affairs Vijay Kumar Singh met Indonesian Foreign minister Retno LP Marsudi. We think all these meetings were held to work out Rajan's surrender. I am sure they discussed Rajan and the co-ordination needed to bring him back," said a senior crime branch officer, requesting anonymity.

"I don't think deportation will be a problem as Rajan had entered Indonesia without valid documents. His passport itself is fake, so the country can deport him," said Y P Singh, former IPS officer and lawyer.

Rajan is wanted for at least 68 cases in Mumbai alone, including over 20 murder cases and other serious offences under MCOCA, POTA and the Arms Act. Several of the cases are registered in Tilak Nagar, Chembur, which is Rajan's home turf. The state will push for the gangster to be handed over to Mumbai Police.

"We are gathering details regarding all the cases registered against Rajan and are in touch with several central agencies. We are hopeful that Mumbai Police will get his custody," said Joint Commissioner of Police (Crime) Atul Chandra Kulkarni. "We are in discussions as to how investigations will proceed in cases against Rajan, as some of them date back to 1979. We plan to form a Special Investigation Team (SIT)," added Kulkarni.

Sources close to Rajan's family said that after hours of being unable to contact him, the entire Nikalje family was relieved to hear of his capture. A person close to the family said, "Seth (Rajan) was aware that Shakeel had located him in Australia and feared that he would be eliminated. He was stranded in Australia and was changing his residence from one state to another frequently."

"Seth's family tried to contact the gangster on his personal number, which was switched off for 12 hours, but after which they discovered that he was taken into Interpol's custody, they heaved a sigh of relief. Seth himself wanted to come back to his country and settle down," said the source.

It is learnt that since last morning, Rajan's family home in Tilak Nagar has borne a deserted look, as his politician brother Deepak Nikalje also seems to have gone hiding along with Rajan's wife, Sujata alias Nani, with her siblings. The source elaborated, "The family will hire high-end legal assistance for Rajan. For now, they are convinced that once deported to India, he will find safe haven in prison."