Ahead Ministers' Visit, Detained Omar Abdullah To Be Moved: Sources

Sources said the move came after the government made several considerations - including a scheduled visit of US President Donald Trump to India in February. 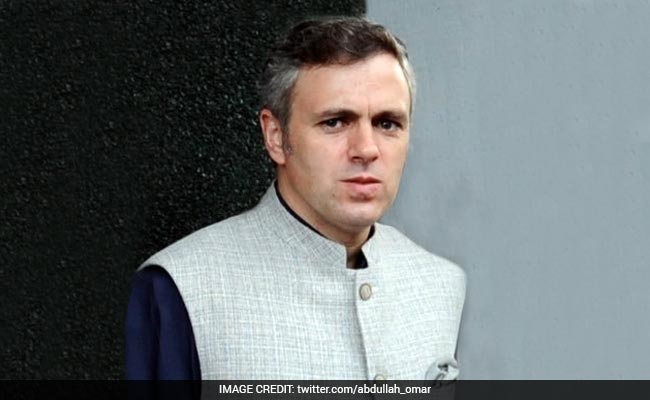 Omar Abdullah will continue to remain under detention

Former chief minister of erstwhile state of Jammu and Kashmir Omar Abdullah will be shifted to a house near his official residence, 163 days after he was taken into preventive custody following abrogation of Article 370 provisions, officials said here on Wednesday.

Omar, presently kept in detention at Hari Niwas, is likely to be shifted on Thursday as the Jammu and Kashmir administration plans to use the Hari Niwas to accommodate a ministerial delegation from the Centre visiting the Valley soon, they said.

He will continue to remain under detention though the details are being worked out. The move, coming just 24 hours after broadband services were restored in valley, is seen as another step by the Jammu and Kashmir administration to show that normalcy is returning to the Kashmir valley.

The 49-year-old was placed under detention along with two other former Chief Ministers -- his father Farooq Abdullah and Mehbooba Mufti - on August 5, the eve of the government's move to scrap the special status of Jammu and Kashmir granted under Article 370 of the Constitution and its bifurcation into two union territories.

As part of a mega outreach programme to break the deadlock between citizens and the Centre, 36 ministers would travel to Jammu and Kashmir from January 18 to spread awareness about the policy decisions of the Narendra Modi government regarding the new Union Territory.

"Now that ministers are visiting the Valley one by one, the government needs the Hari Niwas Palace for accommodation and that's why Omar Abdullah is being shifted," a senior official told NDTV.

Sources also said the government had factored in several issues -- including a scheduled visit of US President Donald Trump to India in February.

While the US, among other nations, have backed India's position that the move in Jammu and Kashmir is an internal matter, concerns have been expressed about the detentions of political leaders and the internet blackout. The US had expressed these concerns again last week.

"It is a step in right direction and all indications are  that government is now keen to work out a middle ground with these detained leaders," a senior official said. According to him, if all goes well, all three former chief ministers may be released soon.

For now, former Chief Minister Mehbooba Mufti, who is also under detention, will remain at the guest house in Transport Lane. She was shifted to the accommodation after temperatures in valley dropped below zero in what is known as the period of intense cold, the Chilai Kalan, in the Valley.

Omar Abdullah's father, 82-year-old Farooq Abdullah has been under detention at his home.