Farmers in Haryana are being offered subsidies up to Rs 63,000 on equipment to help clear crop stubbles without burning. But they have complained there is no help in sight

Panipat: Farmers in Haryana are flouting the ban on crop residue burning, despite the threat of steep fines by local authorities. Seventeen incidents have been reported in Panipat district alone. The agriculture department and the state pollution control board claim they held awareness camps in September at 198 villages in Panipat. Farmers are being offered subsidies up to Rs 63,000 on equipment to help clear crop stubbles without burning. In addition, satellite and on-ground surveillance are in place to fine offending farmers from Rs 2,500 to Rs 15,000, depending on the size of the farm.

Farmers, however, complain there is no help in sight, and 17 of them have already been fined in Panipat.

"There have been no awareness camps there. There are no MLAs coming, and the labour to cut this residue is too expensive," said Jasminder, a farm labourer. "They charge Rs 2,000 per kilogram. We have no option but to burn it." 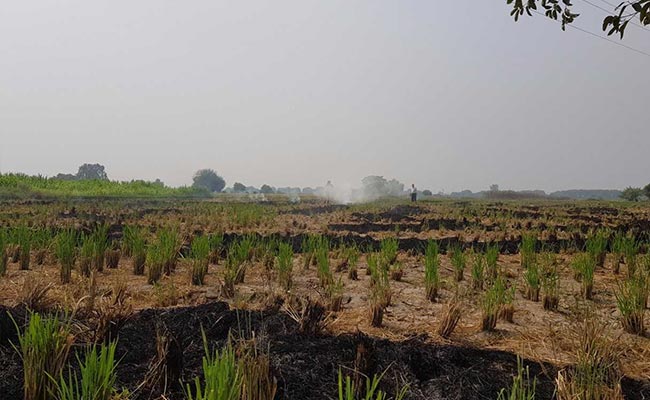 According to the agriculture department's deputy director Virendra Arya, awareness camps are planned for the next 20 days. "We are telling farmers and students about how stubble burning harms the environment and their health," Mr Arya said in Panipat. "Now of course it takes time for any such measures to cause an effect."

Promoted
Listen to the latest songs, only on JioSaavn.com
Farmers, however, remain defiant.

"It's easy to give lectures from stages, but come here and see how we're struggling," said Sahil, a farmer. "We have to stand up for our rights, I'm not afraid. Come back in a week, I'll burn my crop residue right here."