Arvind Kejriwal's Response After Smriti Irani Accuses Him Of Misogyny

Delhi assembly election: While supporters of Arvind Kejriwal said that he was appealing women to encourage men to vote for AAP, Smriti Irani alleged that the tweet had a misogynistic slant.

Delhi Chief Minister Arvind Kejriwal on Saturday hit back at Union Minister Smriti Irani, who accused him of misogyny over a tweet in which he urged women to come out in large numbers for the assembly election and discuss with men who should get the vote.

It was the "discuss with men" advice that Ms Irani, the Minister of Women and Child Development, objected to. While supporters of Mr Kejriwal said that Chief Minister was appealing women to encourage men to vote for his party, the BJP leader alleged that the tweet had a misogynistic slant.

"Do you not consider women capable enough to decide for themselves who to vote for?" Ms Irani said in Hindi with a hashtag "#AntiWomenKejriwal". 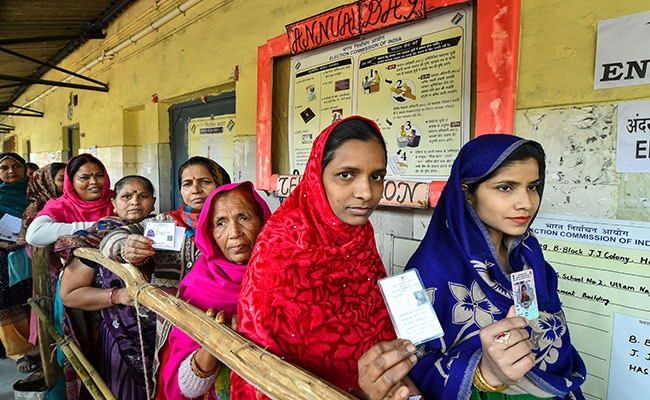 Smriti Irani countered the tweet by saying: "The advice that you are giving to women, how many men did you tweet it to?"

Around 1.47 crore people in the national capital have the choice on Saturday to elect a new government in what appears to be a close contest between a Mr Kejriwal's ruling Aam Aadmi Party (AAP) and the BJP led by Prime Minister Narendra Modi.

The election comes at a time when the country and Delhi have been rocked by weeks-long protests against the controversial Citizenship Amendment Act (CAA), perceived as discriminatory towards Muslims.

The BJP has sought to mobilise popular sentiment against the protests, at the heart of which is an indefinite sit-in led by women in South East Delhi's Shaheen Bagh, banking on its right-wing support base.

The surge had helped the AAP scoop up an astonishing 67 of 70 seats in 2015 while the BJP won just three. Since then, the AAP has conceded one seat to the BJP in a by-poll and lost six lawmakers who joined other parties.

Votes for the Delhi assembly election will be counted on Tuesday.