Read inOther Languages
This Article is From Feb 08, 2020 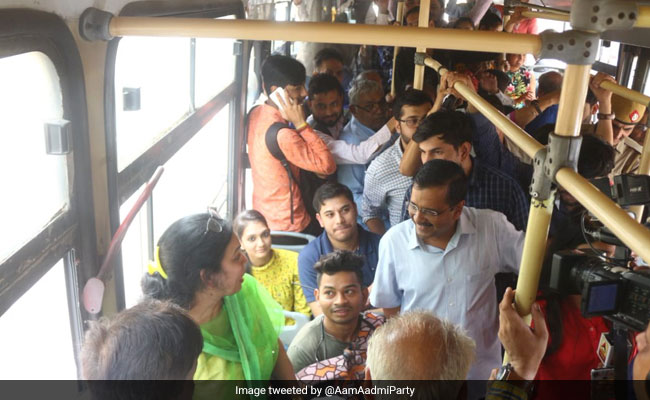 Delhi Assembly Elections Voting: Women's turnout could make or break this election for the AAP

Women's turnout could be the make or break factor in deciding which party wins these elections. In Delhi's current atmosphere of tension, will women voters turnout in large numbers or will women stay back in the safety of their homes?

A high turnout of women will help the Aam Admi Party. However, if there is an atmosphere of fear and violence, and women are worried about leaving their homes to go out to vote - a low turnout of women voters could harm the AAP.

Women's turnout could make or break this election for the AAP - it's that important.

A 5 per cent difference in margin of victory is very significant in its electoral impact.

With respect to women's turnout, the AAP may already be at a disadvantage. According to Election Commission figures compared with the Census, lakhs of eligible women voters (18 years or above and resident in Delhi) have not been registered as voters. Now the key factor to look out for is how many amongst the registered women voters will actually turn out to vote. 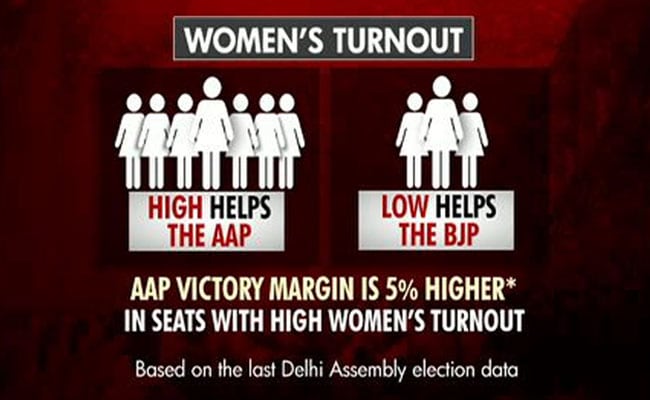