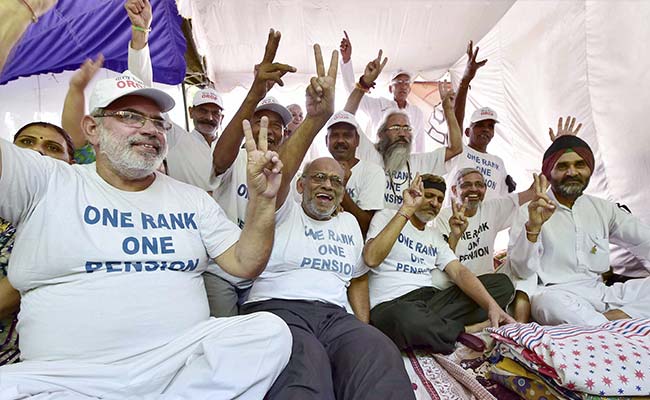 The government had in November last year formally notified the OROP scheme for the more than 24 lakh ex-servicemen and six lakh war widows.

New Delhi: The tenure of the committee formed on implementation of One Rank One Pension (OROP) scheme has been extended by six months up to the middle of December this year.

The government recently amended the gazette notification issued last year under which the committee headed by former Chief Justice of Patna High Court Justice (Retd) L Narasimha Reddy was scheduled to submit its report by June 14.

With the extension, the implementation of OROP may take more time as the panel can submit its report by December 14, official sources said.

The government had announced implementation of OROP on November 7, 2015 to benefit over 25 lakh ex-servicemen and six lakh war widows. The OROP mandates payment of uniform pension to the armed forces personnel retiring in the same rank with the same length of service, regardless of their date of retirement, which implies that bridging the gap between the rate of pension of current and past pensioners at periodic intervals.

The other Terms of Reference of the Committee will continue which include measures for the removal of anomalies that may arise in the implementation of the OROP as notified by the government.

The panel is also looking into the measures for the removal of anomalies that may arise out of inter-services issues of the three forces due to implementation of OROP besides implications on service matters.

The panel, if necessary, may give interim reports to the government on any of the matters related to its terms of reference.