Debate but no vote on FDI: What PM may pitch at BJP dinner 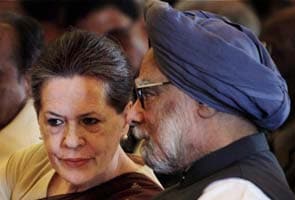 New Delhi: Ahead of what promises to be a stormy winter session in Parliament, Prime Minister Manmohan Singh is reaching out to the Opposition. The PM will meet top BJP leaders Sushma Swaraj, Arun Jaitley and LK Advani at a dinner meeting tonight. This comes a day after a dinner hosted by the PM where the Congress consulted its allies on its strategy for steering its politically-incendiary retail reforms in the new session of Parliament.

Even the government's biggest ally, the DMK, which is opposed to Foreign Direct Investment or FDI in retail, reportedly agreed that a vote in Parliament on the new policy, as demanded by the opposition, should be avoided.

Sources say that while allies did not disclose their stand on FDI - the DMK has said earlier that a committee is studying the policy - the consensus was that the government should suggest a debate on FDI, under rule 193, where a discussion is not followed by a vote.

That proposal is likely to be pitched tonight to the BJP's senior leaders at the PM's dinner.

The Left has already asked for a debate with a vote. Separately, Mamata Banerjee, who yanked her Trinamool Congress from the UPA over economic reforms including FDI in retail, wants the PM to take a trust vote.

The government cleared FDI in reform as an executive order, and does not need parliament's approval technically. But the opposition says that because so many parties are opposed to the liberalisation of the retail sector, and because the government introduced the law after Ms Banerjee's exit when it was reduced to a minority, the government's decision must be tested with a vote. At the very least, they say, the vote will establish "the sense of the House" by registering that the government is isolated on a landmark decision which affects the livelihood of millions.

The winter session of Parliament begins in a week on November 22. Prepping for the heat over FDI was the only dinner conversation on Friday, sources said.

The monsoon session of Parliament was stalled by the BJP over a report by the government's auditor that said Rs. 1.86 lakh crores were lost because coal blocks were not auctioned by the government. The BJP said it would not allow parliament to function unless the Prime Minister resigned. Virtually no business was transacted.

Dr Singh is likely to stress that his government is keen to provide opposition parties with explanations and answers through debates, but with crucial legislation pending, it is essential that the Winter Session of Parliament be a functioning one - and not be waylaid by the argument over FDI.

The PM has in recent days dined with Mulayam Singh Yadav and lunched with Mayawati - both UP power houses do not participate in government but lend external support. But, the efficacy Dr Singh's his dinner diplomacy remains unproven.

Mulayam Singh Yadav on Friday prodded the Congress with a mega-volt jolt by releasing a list of candidates for the 2014 general elections. The move signals that the Congress should not take his support for granted, and that he anticipates the UPA will not complete its term. However, his son Akhilesh, who is the Chief Minister of Uttar Pradesh, said that the party merely wants its candidates to have enough time to prep well for the general election.

The Congress may find that explanation a little hard to digest.
Comments
FDIManmohan SinghParliamentWinter Session