Dear Karan Johar, Thanks For The Gyaan On Selfies, Trolls And The 'Airport Look' 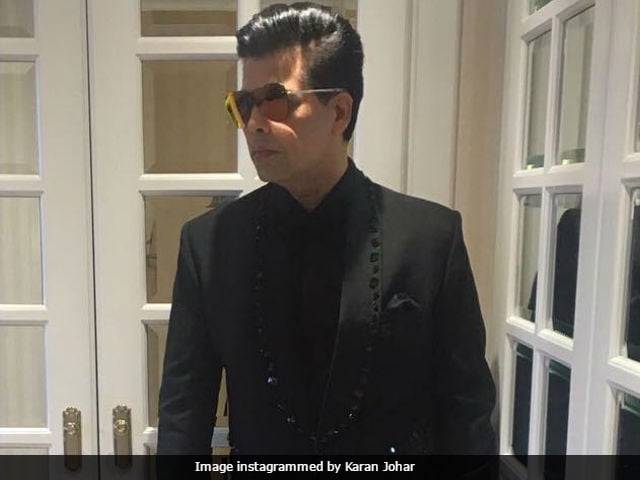 New Delhi: Filmmaker Karan Johar boldly embraced social media when it was still in its nascent stage. In his autobiography, An Unsuitable Boy, Karan Johar wrote that a certain section of the film industry was of the opinion that social media was best kept at arm's length but KJo gave it a shot anyway. Since then, Karan Johar has been constantly reinventing his style on Twitter. Have you seen his latest (and brutally honest) "Dear" series of tweets, in the style of Dear Zindagi and addressed to selfies, trolls, failure, the 'airport look,' and social media itself. On Wednesday, Karan Johar admitted to being a selfie addict and posted this SOS tweet: "Dear Selfie....you were a feature but now you are a creature.. we have been attacked by you! Help! Is there a rehab for selfie addicts?? (sic)."

Dear Selfie....you were a feature but now you are a creature.. we have been attacked by you! Help! Is there a rehab for selfie addicts??

KJo forgot to mention about the pout, without which he never takes a selfie. Here are some examples:

Black and white kind of day!!!

In which KJo's mother (Hiroo Johar) also posed for a pout selfie:

The mothership attempts a POUT

A bonus pout selfie with AbRam:

Dear Failure...you think you are looked down upon...but you don't realise how important you are to success....you bring on the motivation...

My dear Twitter Troll....there is a new product in the market...it's called a LIFE... please get one!! offer is open till stocks last!!!

Dear Airport Look...I can see the pressure is getting to you...don't worry the gym look is soon going to take over....

His first tweet in the series, on the 'airport look,' resonated with celebrities who have learnt the hard way that the camera is never off even when you are dressed for a long-haul flight in your baggiest tracks, rattiest tee and comfiest shoes. Parineeti Chopra shared the tweet and wrote: "Truer words have never been spoken (sic)."

Promoted
Listen to the latest songs, only on JioSaavn.com
Dear Zindagi, all you had to do was ask Karan Johar.