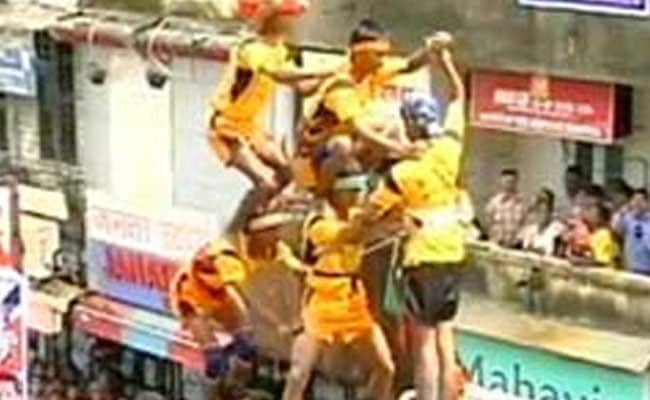 'Dahi-Handi' ritual and human pyramid formation could be above 20 feet.

New Delhi: The Supreme Court is likely to pass an order today on a plea of the Maharashtra government seeking a clarification as to whether a youth below 18-years can participate in a 'Dahi-Handi' ritual and human pyramid formation could be above 20 feet.

A bench of Justices A R Dave and L Nageswara Rao said that it will clarify on the issue today as the counsel for the petitioner before the Bombay High Court was not present in the court.

Additional Solicitor General Tushar Mehta, appearing for the Maharashtra government, said that it is an urgent matter as a petition seeking initiation of contempt proceedings has been filed before the high court which has asked the state government to seek clarification from the apex court on the issue.

He said that Janmashtami festival is approaching and 'Dahi-Handi' is one of the most popular parts of it.

The court said that since the counsel for the petitioner before the high court is not present in the court, it cannot pass any order on the issue and listed it for today.

Last week, the Maharashtra government had approached the apex court seeking clarification on its 2014 order by which it had stayed the high court decision banning participation of those below 18-years in a popular 'Dahi-Handi' ritual.

The high court had on August 11, 2014 directed the state government to issue a circular banning 'govinda' under the age of 18 from participating in the formation of human pyramid during the festival, as well restricting the height of the pyramids to 20 feet.

The apex court, which had stayed the high court order, however, did not set aside the decision.

The state government has said that a clarification was needed as to whether the stay on the high court verdict is still in operation in view of the fact that the judgement has not been quashed.
Comments
Supreme CourtDahi-Handi ritualA R DaveL Nageswara Rao