According to a report by Karnataka State Disaster Management Authority officials, 121 villages and 22 taluks have been affected by Cyclone Tauktae so far. 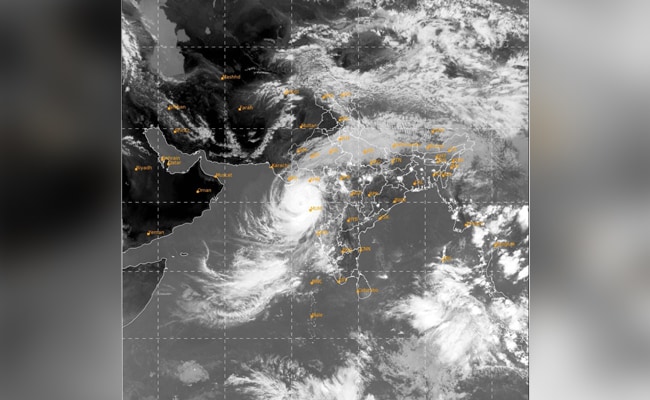 Satellite image shows Cyclone Tauktae between 2:30 pm and 2:56 pm as it approaches the Indian coast.

According to a situation report by Karnataka State Disaster Management Authority officials, till this morning, 121 villages and 22 taluks have been affected by the cyclone so far.

A total of 547 people have been evacuated till now, it said, 290 people are currently taking shelter in the 13 relief camps that have been opened.

Officials on Sunday had said, as the cyclone system was moving further north, towards the Maharashtra coast, the impact of cyclone is likely to reduce from Monday over the state.

Around 1,000 trained personnel from fire force, police, coastal police, home guards, SDRF have been deployed in the three coastal and neighboring districts for rescue and relief operations, and NDRF teams have also been roped in.

Meanwhile, officials said, all 9 crew stranded on tug "Coromandel" have been rescued.

Indian Navy's ALH helicopter has rescued four seamen stranded onboard the Tug which had run aground close to the coast of New Mangalore, while 5 of them were rescued by boat, they said, adding that they are being provided medical treatment.

"A Third Place", Neither WFH Nor Office: Tatas On New Workplace