The state administration has evacuated 11 lakh people to safety as heavy rains battered the region. 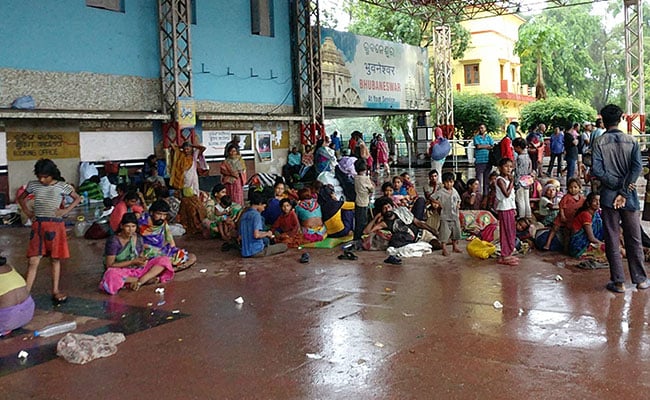 Cyclone Fani Update: Cyclone Fani is the strongest cyclonic storm since the Super Cyclone of 1999.

Cyclone Fani made landfall early on Friday morning with coastal areas in Odisha bearing the brunt of the cyclonic storm. The state administration has evacuated 11 lakh people to safety as heavy rains battered the region. Emergency helplines were set up to assist people across the 30 districts in Odisha. A central control room, set up to oversee the rescue and relief efforts, can be reached at 6742534177.

The Centre and Indian Railways had also set up emergency helplines to assist the efforts. The helpline number -- 1938 -- set up by the Ministry of Home Affairs' Control Room will provide latest updates related to the cyclone.

The Railways helpline numbers are:

With wind speeds touching over 200 kmph, several trees were uprooted in the state and a few homes with thatched roofs were destroyed in some places.  Heavy rains submerged  large areas in Puri and other places.

Flights have been cancelled from Bhubaneswar, the capital city of Odisha, and around 140 trains were also cancelled in the state. The Kolkata airport will be closed at 9.30 on Friday till 6 pm Saturday as the cyclone is expected to move towards West Bengal later in the day.