"Even internationally in London, Paris and New York people are sitting like that," Hannan Mollah, senior CPI-M leader 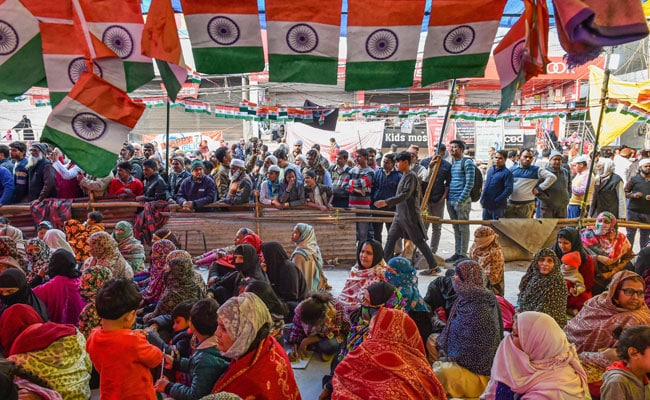 The top court has fixed the matter for further hearing on February 24.

The Communist Party of India-Marxist (CPI-M) on Friday lauded the Shaheen Bagh protest, comparing it to Non-Cooperation Movement, which was launched by Mahatma Gandhi in 1920 against the British rule over India.

"Shaheen Bagh has become a symbol of protest. We saw the Non-Cooperation movement in the struggle of independence, and that became a symbol of peaceful protest. Now after so many years, Shaheen Bagh protest is a new method of protesting without violation of laws and without breaking rules," Hannan Mollah, senior CPI-M leader, told news agency ANI.

For more than two months, hundreds of protesters, especially Muslim women, in Delhi's South-East Shaheen Bagh area, have been sitting on a protest against the controversial citizenship law.

"Even internationally in London, Paris and New York people are sitting like that. It has become a new method of peaceful protesting and fighting for rights," added Mollah, the eight times Lok Sabha lawmaker from West Bengal.

The Supreme Court had on Monday appointed senior lawyers Sanjay Hegde and Sadhna Ramachandran and former chief information commissioner Wajahat Habibullah to go and talk to protesters at Shaheen Bagh area to convince them to hold the agitation at an alternative site.

The top court has fixed the matter for further hearing on February 24.

A PIL, filed by Nand Kishore Garg and Amit Sahni through their lawyer Shashank Deo Sudhi earlier last week, sought appropriate directions to the Centre and others for removal of protesters from Shaheen Bagh near Kalindi Kunj.

It stated that people in Shaheen Bagh are illegally protesting against the CAA by blocking the common and public road connecting Delhi to Noida.

On Friday, Noida-Faridabad road was reopened after remaining shut for the last 69 days due to protests in Shaheen Bagh.