Earlier on September 1, adhering to COVID-19 protocols, schools in Delhi reopened for students of 9 to 12 standards. 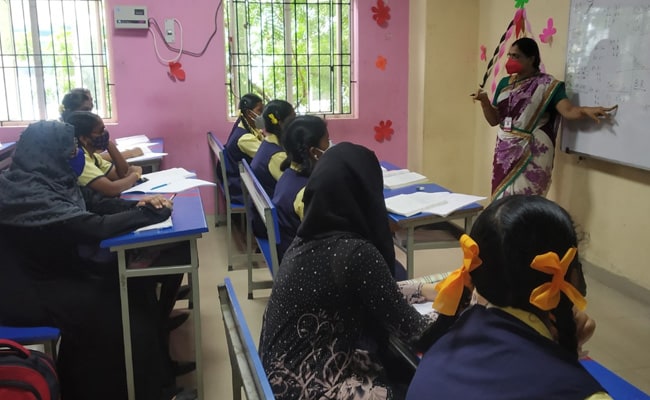 Random Covid testing of students and staff should be done, the child rights body said. (Representational)

"Nursery to Grade eight to open at least two days a week and anganwadis at least once a week for all children in the staggered form," stated the letter.

"'Learning Loss: The pandemic has caused serious learning losses for children of all grades. For example, 17 per cent more grade I students could not read letters in 2020-23, compared to 2019-20, according to the Annual Status of Education Report 2021 by Pratham Education Foundation," it said.

Mr Kundu in his letter also requested Mr Baijal, with respect to the opening of the schools and aganwadis, the random testing of students/children and school/Anganwadi staff to ensure the infection spread, if any, is immediately identified and contained.

Earlier in September, the Delhi government said that no student will be forced to come to schools and that consent of parents will be mandatory for children to return to schools and if they don't allow, students won't be forced or considered absent.

Earlier on September 1, adhering to COVID-19 protocols, schools in Delhi reopened for students of 9 to 12 standards.