Bihar Becomes 8th State To Have Over One Lakh Coronavirus Cases

Bihar COVID-19 Cases: The state's COVID-19 death count rose to 515 after 15 people died due to the disease, a bulletin issued by the department said. 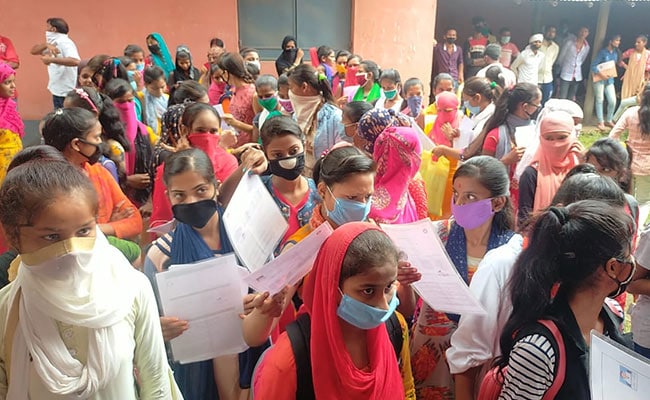 Bihar on Saturday became the eighth state in the country to have reported more than one lakh COVID-19 cases, marking a 10-fold rise in its tally within a period of a month and a half.

The state's COVID-19 death count rose to 515 after 15 people died due to the disease, a bulletin issued by the department said.

Maharashtra, Tamil Nadu, Karnataka, Andhra Pradesh, Delhi, Uttar Pradesh and West Bengal are the other seven states that had reported more than one lakh coronavirus cases.

Bihar had breached the 1,000-mark on July 1 and the number of positive cases has risen at an explosive rate since then. The health department, however, insisted that the spike has been, to a large extent, on account of a huge improvement in the testing rate during the period.

The testing rate in Bihar used to be under 10,000 per day till about a month ago. It began to look up in the past few weeks and crossed one lakh on August 12 and has been steadily rising since then.

The total number of tests conducted in the state, since the beginning of the coronavirus outbreak in March, has now reached 16.12 lakhs, the bulletin said.

The number of fresh cases that led the states tally to breach the six-digit-mark was 3,536, of which Patna (493) accounted for more than 10 per cent.

Named after the capital city, the district has been worst-hit in terms of overall tally (16,366), fatalities (96) and active cases (4,022). It also has the highest number of patients (12,248) who have recovered from the disease.

Among the 38 districts, Kaimur became the 36th to touch the four-digit-mark in terms of tally, leaving only Arwal (997) and Sheohar (546) with less than one thousand cases.

Muzaffarpur became only the second district, after Patna, to have reported more than 4,000 cases, finishing with a tally of 4,147, including 21 deaths.

The casualty figure rose by 15 on the day, as two deaths each were reported from Patna, Munger, West Champaran, Saran and Siwan districts, while Arwal, Bhojpur, Gaya, Jamui and Supaul registered one fatality each, the bulletin said.

The state's recovery rate, which had dipped below 65 per cent a week ago, has started showing improvement and it now stands at 67.39 per cent. The total number of recovered cases is 68,675, it said.