Bearing in mind the question which arises, let the standing counsel appearing for respondents obtain instructions, the judge said. 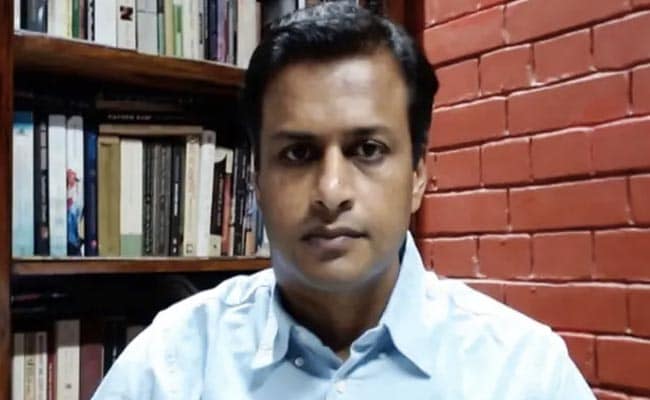 Mr Shah has said the orders passed against him are a "gross abuse of power and process".

The Delhi High Court on Tuesday sought the stand of the Lieutenant Governor on the Delhi government think tank Dialogue and Development Commission of Delhi's Vice Chairman Jasmine Shah's challenge to the order restraining him from discharging his duties and sealing his office.

Justice Yashwant Varma listed the case for further consideration on November 28 and asked the counsel appearing for the LG and other respondents to make submissions on that date.

Bearing in mind the question which arises, let the standing counsel appearing for respondents obtain instructions, the judge said.

Mr Shah has challenged the November 17 order issued by Director (Planning), Delhi government, on the LG's request to Chief Minister Arvind Kejriwal to remove him from the post of Vice Chairperson of the Dialogue and Development Commission of Delhi (DDCD), and pending such a decision, to restrain him from using his office space and withdraw the staff and facilities assigned to him.

"Come back on Monday. We will hear this," said the court, as it observed it will have to examine the scope of LG's power to pass the directions in question.

"You (counsel for LG and others) have heard what has transpired. So you can also address submissions (on the next date). We are only concerned with the challenge to the jurisdiction which has been assumed by the honourable LG... What will have to be considered is the scope of power that the LG can exercise," the court added.

The Delhi government's standing counsel Sanotsh Kumar Tripathi appeared for the respondents. Senior lawyer Rajiv Nayar, appearing for Mr Shah, argued the petitioner was appointed pursuant to a decision of the Delhi cabinet and his appointment was coterminous with the term of the present government. The LG, he contended, has no power to restrain him from performing his duties.

In his petition, Mr Shah has said the orders passed against him are a "gross abuse of power and process", wholly without any merit, an instance of colourable exercise of authority, illegal, ex facie malafide and patently lacking in jurisdiction.

He has also assailed orders locking his office and withdrawing all facilities as well as privileges.

Mr Shah was behind the Delhi government's ambitious electric vehicle policy and is the Vice Chairman of the think tank involved in drawing blueprints of various initiatives of the city government, including its food truck policy, electronic city, and shopping festival, among others.

He enjoys the rank of a cabinet minister and is entitled to perks and privileges of a Delhi government minister like official accommodation, office, vehicle, and personal staff.

The DDCD offices were sealed on the night of November 17 for preventing its alleged "misuse by Shah for political gains". The sealing exercise was undertaken by the Planning Department of the Delhi government.