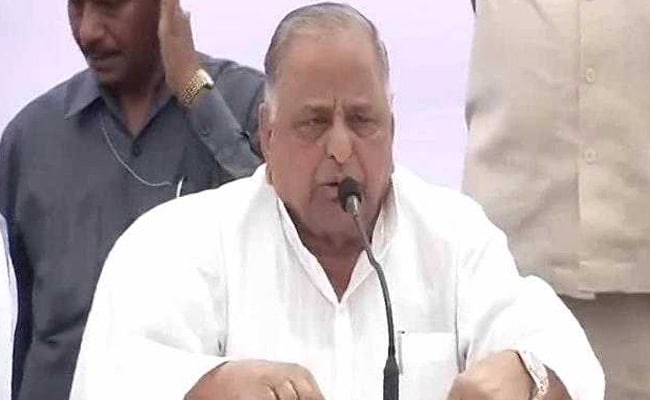 The court passed the direction on January 28, while dismissing a police plea to close the case, registered on April 15, 2011 following a complaint by Mr Bhushan that the CD appeared to have been "fabricated to malign me" and that its contents were "defamatory".

"IO (Investigating Officer) is directed to investigate the contents of the CD in question and file a report," Chief Metropolitan Magistrate Dr Pankaj Sharma said, while directing the IO to file the report by March 25.

However, the IO failed to file the report, and the court, on March 25, said: "Let the IO be summoned for filing the report in terms of previous order for July 15, 2021."

In the alleged phone conversation involving Mr Bhushan, Mr Yadav and Amar Singh, who died last year, Mr Bhushan allegedly referred to his lawyer-son Prashant Bhushan who can "manage... very well" and to a then Supreme Court judge.

The police had in April 2014 filed an "untrace report".

It said Shanti Bhushan "suspected that Amar Singh could be behind the fabrication and circulation of the audio CD to malign his reputation" and that its circulation among the media "was intended as an attempt to force him to leave the joint drafting committee for the Jan Lokpal Bill, since Kapil Sibal and P Chidambaram, then Union Ministers, were against his participation as co-chairman of the drafting committee."

However, he "could not put forward any worthwhile evidence in support of his allegations against Chidambaram, Sibal and Singh except oral allegations."

The police report added that "it is not correct to proceed against anyone only on the basis of presumptions and without any substantial and corroborative evidence. Hence this case is being filed as untraced for want of any sufficient evidence."

In its report, the police also rejected a claim made by Prashant Bhushan, citing a Central Forensic Science Laboratory-Delhi report that that the contents of the CD had not been copied from the Amar Singh tapes that did the rounds following alleged tapping of his phone in 2005-06.

The Bhushan family, who were at that time non-government representatives in a panel constituted to draft the Lokpal Bill following a fast by social activist Anna Hazare, denied that the phone conversation ever took place and called it a "conspiracy" to weaken Anna Hazare's movement.