Prime Minister Narendra Modi announced a complete lockdown across the country for 21 days from Tuesday midnight. 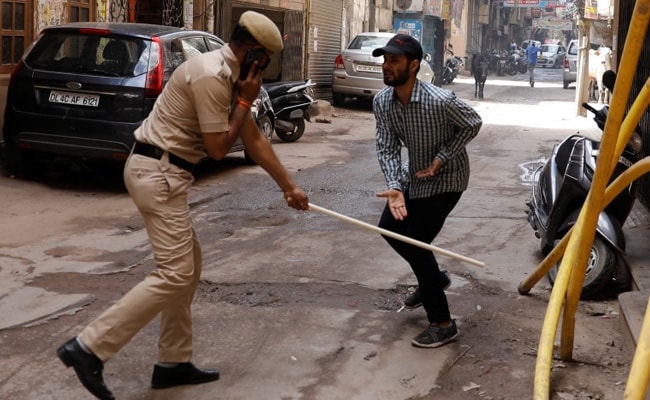 More than 180 cases were registered and 5,103 people detained on Wednesday for violating government orders during the coronavirus lockdown, police said.

According to the data shared by Delhi police, 183 cases were registered till 5 pm under Indian Penal Code section which states disobedience to order duly promulgated by public servant.

A total of 5,103 people have been detained for violating section which states that people are bound to comply with reasonable directions of police officers. And 956 vehicles have been impounded under relevant section of the Delhi Police Act, police stated.

On Tuesday, 299 cases were registered and 5,146 people were detained. In total, 1,018 vehicles were impounded on Tuesday, according Delhi police.

The police had to resort to stricter measures after a large number of people came out on streets on Monday, defying the week-long restrictions that had been imposed by the Delhi government. The police registered 100 cases in connection with violations of the order on Monday.

On Tuesday, Prime Minister Narendra Modi announced a complete lockdown across the country for 21 days, asserting social distancing is the only way out for the country in its decisive battle against the virus.

Meanwhile, Delhi police officials held a meeting with e-commerce platforms to ensure people don't have to come out on streets for essential goods. They said they were ensuring a seamless delivery of such goods to residents of the national capital.