Stowaway Cat Freed From Chennai Port After 3 Months In Quarantine

The cat had been facing deportation to China, because of legal hurdles and ignorance regarding how the novel coronavirus is transmitted. 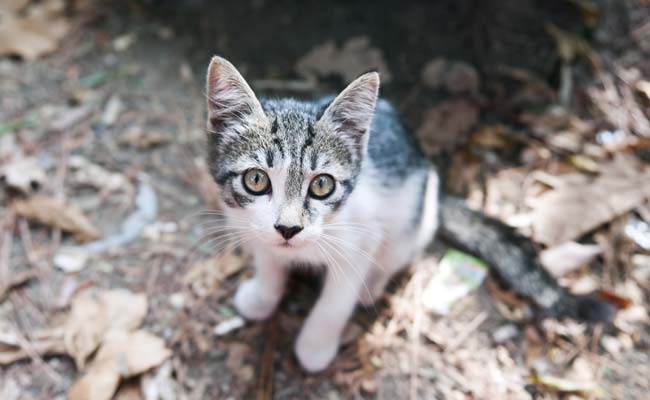 Chennai customs officials handed the cat over to The Cattitude Trust on Saturday. (Representational)

A stowaway cat who was found in a container that arrived from China at the Chennai port on February 17 has finally been released to The Cattitude Trust and is now up for adoption. People for the Ethical Treatment of Animals (PETA) India had been appealing for the animal's release for three months, with support from MP Maneka Gandhi, co-founder of Blue Cross of India Dr Chinny Krishna, and The Cattitude Trust.

The cat had been facing deportation to China, because of legal hurdles and ignorance regarding how the novel coronavirus is transmitted.

Dr Rashmi Gokhale, Manager of veterinary services, PETA India, wrote to AQCS Chennai stating that PETA India was willing to foster the animal until she was adopted into a caring home.

"In China, cats are often killed for meat or fur," Dr Gokhale says, "and it's likely that this animal would have been treated cruelly upon arrival if she would have survived that journey at all. We thank the Central government, the Tamil Nadu state government, and the AQCS and Chennai customs officials for freeing her and allowing her to remain in India. We are also, of course, grateful to MP Maneka Gandhi, Dr Chinny, The Cattitude Trust, and everyone else who spoke up to help her."

On April 19, the Central government advised the Animal Quarantine and Certification Services (AQCS) of Chennai to hand over the cat, upon completion of a 30-day quarantine period. The Tamil Nadu Animal Husbandry, Dairying and Fisheries Department, also facilitated the process of freeing the feline.

A Right to Information (RTI) response received from the AQCS on April 27 stated that as per the March 19 directions of the Department of Animal Husbandry and Dairying, under the Ministry of Fisheries, Animal Husbandry and Dairying, "The cat will be handed over to the owner after successful completion of the quarantine period of 30 days or the relevant testing whichever is later as per the letter issued by the Ministry mentioned above."

Chennai customs officials handed the cat over to The Cattitude Trust on Saturday. The organisation has been actively working in Chennai since 2005 to help community of cats. The cat up for adoption is a healthy, neutered female with a dark brown tabby coat and distinct white paws. Details regarding the adoption is available on PETA India website.