In its April 18 notification, the government had prohibited door-to door delivery of newspapers and magazines across the state even while saying that the print media is exempted from lockdown norms from April 20. 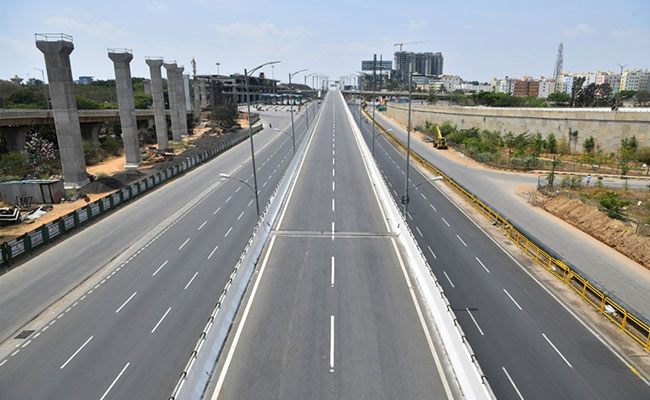 The Maharashtra government on Tuesday withdrew its lockdown relaxation norms for Mumbai and Pune regions, both coronavirus hotspots, and revised its last week's guidelines prohibiting door-to-door delivery of newspapers and magazines in the state.

The curb on doorstep delivery of newspapers and magazines will be in force only in the Mumbai Metropolitan Region (MMR) and Pune city in view of the spread of coronavirus in these regions, the government said.

Lockdown relaxation norms for Mumbai and Pune regions were withdrawn in view of a large number of people found commuting on April 20, it said.

In its April 18 notification, the government had prohibited door-to door delivery of newspapers and magazines across the state even while saying that the print media is exempted from lockdown norms from April 20.

The move had invited criticism from print media houses and also the opposition BJP.

Wherever door-to-door delivery of newspapers or magazines is done, it shall be with knowledge of the receiver.

Personnel engaged in delivery shall wear mask, use hand sanitiser and follow social distancing norms, the government said in an order.

However, given the extent of COVID-19 spread in the MMR and Pune Municipal Corporation areas, door-to-door delivery of newspapers or magazines is prohibited in these localities and also all containment zones, it said.

The MMR comprises Mumbai and parts of its adjoining districts of Thane, Palghar and Raigad.

On April 18, the government had said door-to-door delivery of newspapers and magazines will remain prohibited during the lockdown period.

In its Tuesday order, the government said other lockdown relaxations, meant for select activities, will not be applicable in the MMR and the Pune Metropolitan Region (PMR).

The government said the decision has been taken in view of a large number of people found commuting because of certain relaxations which came into force on April 20.

Due to imminent threat of the spread of the pandemic, the orders issued on April 17, notifying relaxations, shall not apply in the MMR and the PMR, it said.

However, guidelines pertaining to lockdown relaxations will be applicable in other parts of the state, the order said.

Similarly, outside the MMR and the PMR, vehicles used by e-commerce operators will be allowed to ply with necessary permission and only delivery of essential commodities, food, pharmaceuticals and medical equipment by them will be permitted, it said.

The earlier decision to keep confectioneries, snacks and sweet shops open in the state stands cancelled now, the government said.

On April 17, the government had decided to allow select activities in non-containment zones.

In Mumbai, earlier all urgent pre-monsoon-related works were allowed, but now that stands cancelled.

The government had also allowed work in construction projects within municipal limits where workers are available on the site. However, this relaxation will not be applicate in the MMR and the PMR.

Mumbai and Pune account for a bulk of the more than 4,600 coronavirus cases recorded in Maharashtra up to April 20. Mumbai alone accounted for 3032 patients and Pune 594.