The value of transactions on the Unified Payments Interface, a platform created by India's largest banks in 2016, reached an all-time high last month as people feared to handle banknotes amid the pandemic. 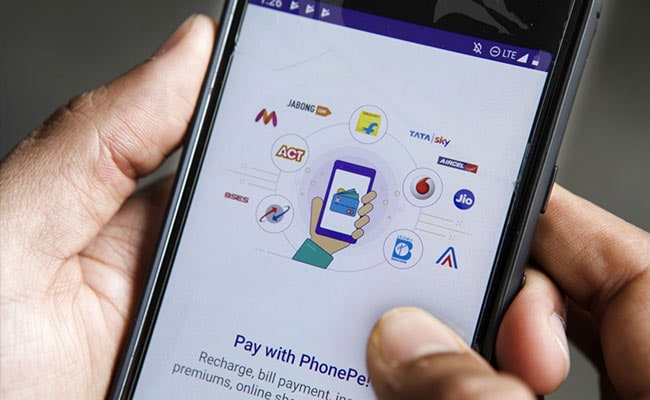 The value of transactions on the UPIs reached an all-time high last month. (Bloomberg)

The coronavirus outbreak may finally accomplish what India's shock demonetization four years ago failed to achieve: Use of digital payments is soaring for everything from groceries, electricity bills and cab fares.

The value of transactions on the Unified Payments Interface, a platform created by India's largest banks in 2016, reached an all-time high last month as people feared to handle banknotes amid the pandemic. Electronic fund transfers from banks, which had dropped in April as economic activity slowed almost to a halt, have also rebounded. 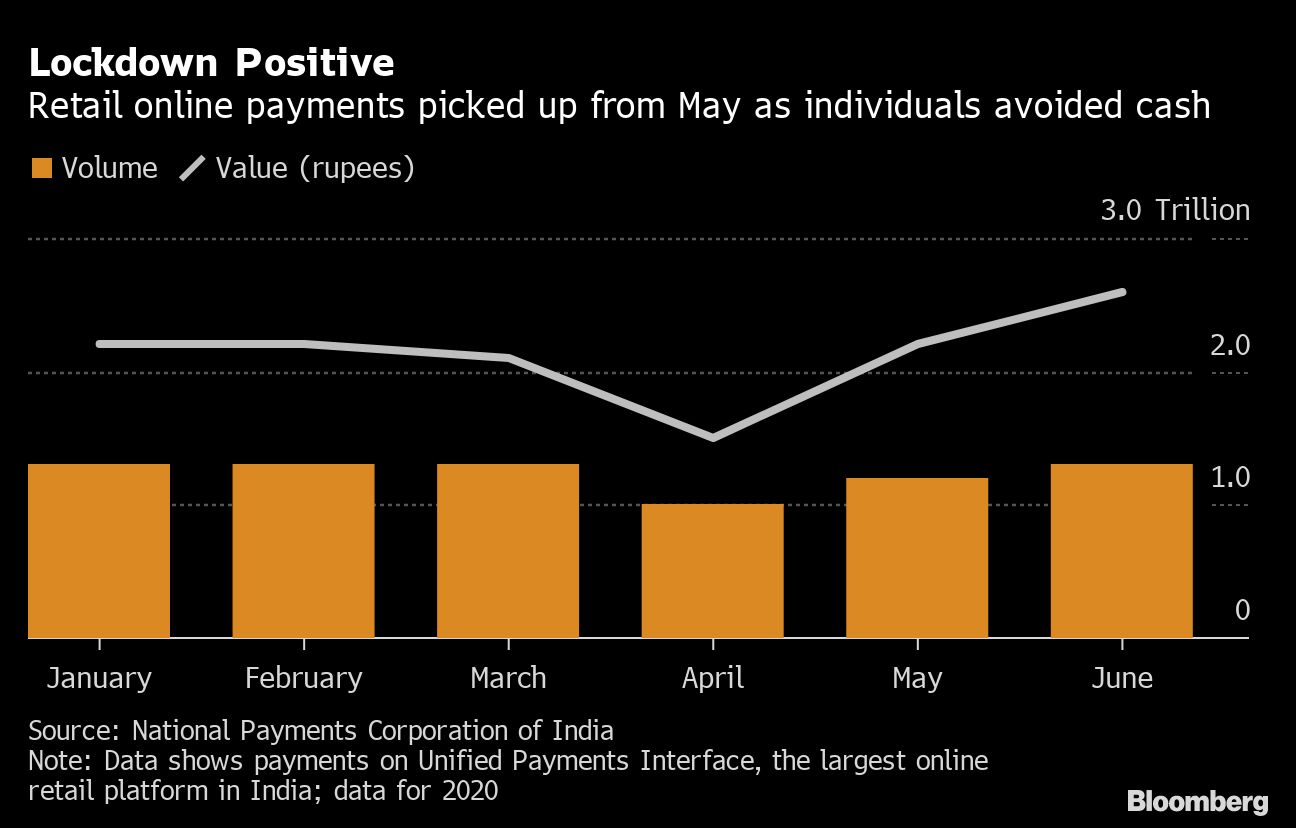 Prime Minister Narendra Modi's government has long sought to push digital payments for India, where three in four consumer transactions are handled in cash. In November 2016, Modi suddenly invalidated most of the country's high-value currency notes -- a move aimed at curbing corruption that would also, he later noted, help encourage a move toward digital commerce.

Digital payments initially did surge as people struggled to get banknotes, but they reverted to cash as the amount of notes in circulation rose again. Now the pandemic, which has made people wary of close personal interactions, is giving online payments a fresh boost. 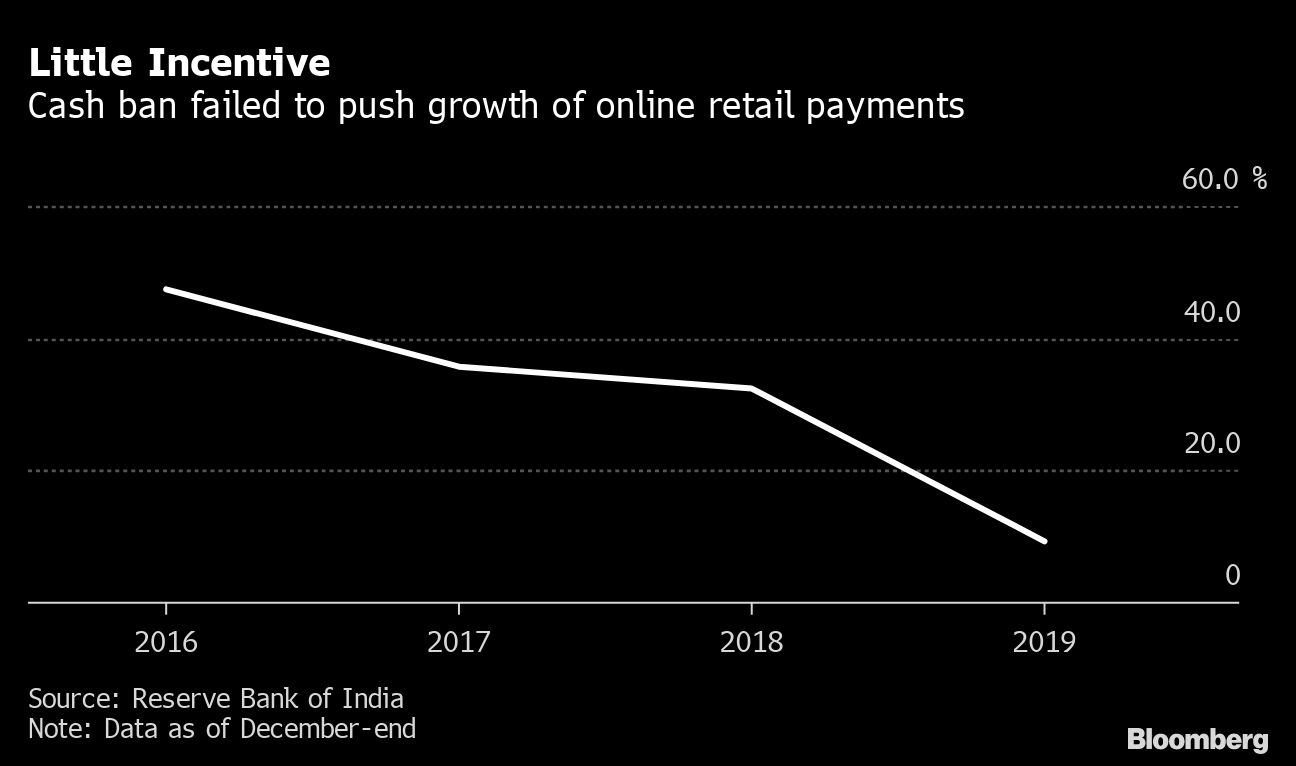 "This is a consumer-led move toward digital payments," said Sharma, who has seen transactions on his platform double since April, "unlike demonetization, where there was no supply of currency."

Sachin Raje, a 36-year-old Mumbai-based entrepreneur in the real-estate industry, is a recent convert to digital payments.

"I buy vegetables, milk, fruits and all kinds of daily requirements through online apps now, as I don't want to take any risk with virus infection by exchanging cash," he said.

The Reserve Bank of India last year said it aimed to increase digital transactions to about 15% of gross domestic product by 2021, from nearly 10% at the time. The government is aiming for a billion digital transactions per day as the world's fastest-growing smartphone market empowers consumers to transact at the click of a button.

Global tech giants such as Amazon.com Inc. and Alphabet Inc. are placing bets on India's digital-payments market, which is forecast to quintuple to $1 trillion by 2023. To get a piece of that pie, they're competing with Alibaba-backed local startup Paytm, and Facebook Inc.'s WhatsApp Pay -- still in its testing stage in the country -- among others. For now, the companies are racking up losses as they offer discounts and cashbacks to lure users.

Recent surveys suggest their time is coming. Three-quarters of Indian consumers reported greater use of digital payments since the virus outbreak, and 78% expect to continue increasing their use in the next six months -- the highest figures among 11 nations surveyed -- according to a recent report from Capgemini Research Institute. Another survey by Facebook and Boston Consulting Group showed a rise in online payments in India since late March after a nationwide lockdown to check the virus's spread, and said there's a strong likelihood the trend will continue over the next six months.

India's digital payments per capita have grown more than five times since 2015, to 22.4 transactions in the year ended March 2019, RBI figures show. That's still far below China, which saw 96.7 cashless transactions per person in 2017.

And India is still a long way from shedding its traditional attachment to cash.

"While cashless transactions could now grow at a faster pace than would have been the case in a world without the virus, cash will continue to be the main method of payment for a long time yet," said Darren Aw, an economist with Capital Economics Pte. in Singapore. 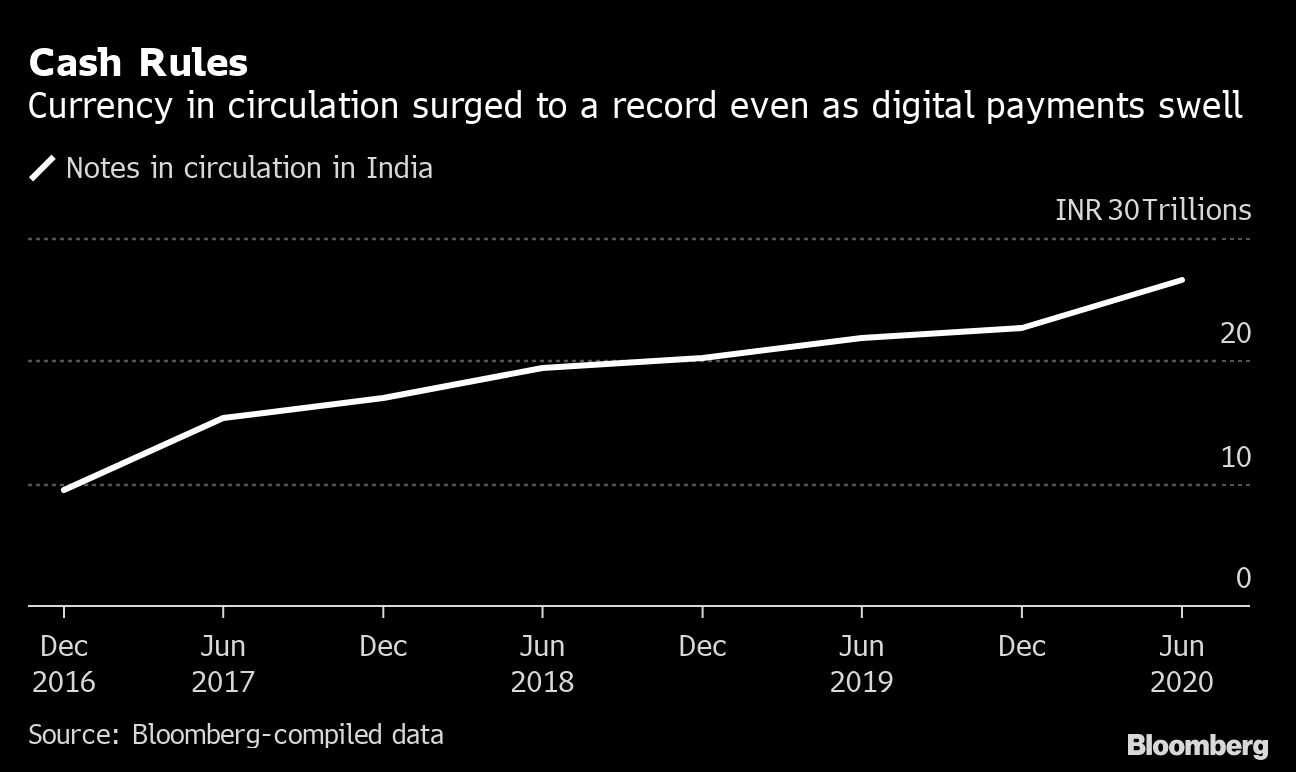 India is second only to China in terms of the volume of cash withdrawn from ATMs, according to the RBI, and currency in circulation -- at 11.2% of gross domestic product -- is higher than in most major economies.

One reason is that only a third of India's population has Internet access, and those who do often face connectivity problems. In addition, some 20% of Indians have no bank account, which limits the extent of card transactions.

"Digital payments are largely an urban phenomenon," said Rahul Bajoria, an economist with Barclays Bank Plc. in Mumbai. "The levels can sustain, but maybe the growth rates beyond a point will fizzle out."

Still, even as overall digital payments declined during the first weeks of India's lockdown, when most businesses shut, gains were seen for essential services that continued to operate -- grocery, pharmacy, mobile top-ups and utility payments.

The virus has "quickened the pace of digital-payments adoption" even in small cities, and there's a huge demand from merchants for contactless payment solutions, said Navtej Singh, chief executive officer for digital payments with Hitachi Payment Services Ltd. Unlike the days of demonetization, when organized retail got a bigger boost from digital transactions, small grocery shops stand to benefit now, he said.

"It just takes three seconds to complete a transaction, it's hassle-free and every local vendor now has enabled online payments on their phones," Mumbai entrepreneur Raje said. "I don't even swipe my card now."