Without naming anyone, PM Modi targeted those who live in India but praise Pakistan. 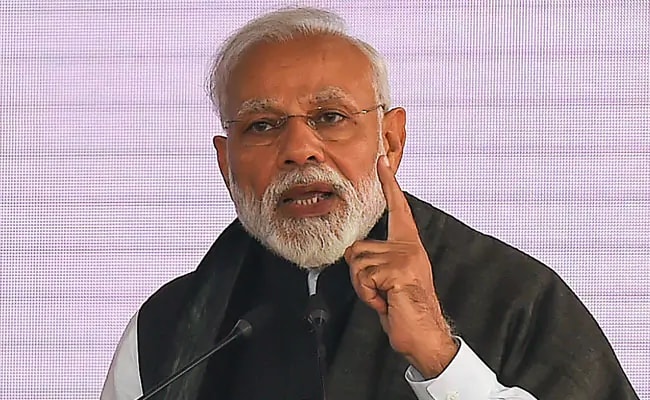 PM Modi appeal to the nation, our fight is against terrorism and enemies of humanity only.

"Farm loan waiver is nothing but a political gimmick of Congress to win elections," he said while addressing a public gathering.

"However, our government has taken several measures in the past four years to resolve the issues of farmers. The newly-formed Congress government in Rajasthan has failed to fulfill its loan waiver promise within 10 days."

The Prime Minister further spoke about the recent Pulwama terror attack and said the Army has been given a free hand to act at an appropriate time. This has caused panic in Pakistan. PM Modi said that attacks on Kashmiri students and traders in various states must stop immediately. "Our fight is against terrorism and against enemies of humanity. Our fight is for Kashmir, not against Kashmir or Kashmiris.

PM Modi said, appeal to the nation, our fight is against terrorism and enemies of humanity only. Even if there is a single incident (of attack on Kashmiris), it strengthens those propagating Bharat ter tukde honge. I am sure none of my countrymen will support such elements.