The DDPO of Bhiwani, Ram Singh, had asked all sarpanches and secretaries of panchayats in the district to compulsorily attend the lecture. 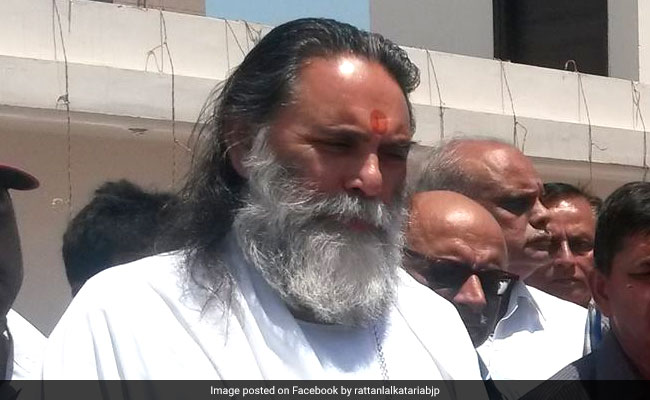 Ram Singh, had asked all compulsorily attend a lecture delivered by Swami Gyananand.

Haryana's main opposition party has demanded action against a Bhiwani district officer for asking all sarpanches to attend a lecture by a religious leader, calling the move a "gross misuse of official machinery".

The District Development and Panchayat Officer (DDPO) of Bhiwani, Ram Singh, had asked all sarpanches and secretaries of panchayats in the district to compulsorily attend a lecture delivered by Swami Gyananand, the head of Kurukshetra-based Global Inspiration and Enlightenment Organisation of Bhagavad Gita.

The DDPO sent an official communication on July 25 to the block development and panchayat officers (BDPOs), asking them to ensure the presence of all the sarpanches or village heads, and the gram sachivs at the event organised here yesterday by the Haryana Sanskrit Academy.

In the communication, the DDPO mentioned that the Haryana Sanskrit Academy, Panchkula, was organising the event for making the villages "ideal, cultured and stress-free", for which a lecture would be delivered by Swami Gyananand ji Maharaj.

While the DDPO could not be contacted, Deputy Commissioner Anshaj Singh said he was not aware about any such communication.

"I am not aware about any such official communication. I will find out (about it). The event was not organised by the district administration," he said over phone today.

The order has evoked sharp reaction from the INLD which has demanded an immediate action against the DDPO.

"In an event where religious leader is to deliver a lecture, calling an official meeting or issuing instructions officially cannot be given. This is a gross misuse of official machinery," INLD leader R S Chaudhary said.