"Not Your Business": Chidambaram Slams Army Chief Over Citizenship Remark

The senior politician also said it was distressing that the government has instructed top officials such as General Bipin Rawat to make false claims. 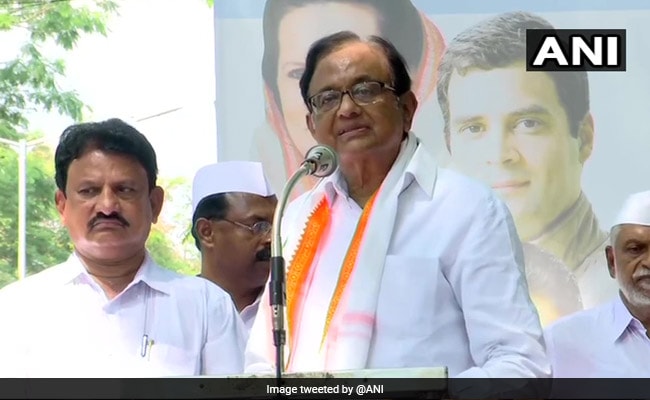 Former Home Minister P Chidambaram today came down heavily on Army chief General Bipin Rawat over his criticism of political leaders opposing the Citizenship Amendment Act, asking him to stay away from matters that don't concern him.

"It is not the business of the Army to tell politicians what we should do, just as it is not our business to tell you how to fight a war. You fight war in accordance with your ideas and we will manage the country's politics in accordance with ours," he said at a mega rally against the controversial law in front of the Raj Bhavan in Thiruvananthapuram.

Mr Chidambaram also said it was distressing that the government has instructed top officials such as General Rawat to make false claims. "Now, the Army general is being asked to speak up. Is this the job of the Army general? It's a shame," he said. "Let me appeal to General Rawat... As you head the Army, you'd better mind your own business. What politicians will do, politicians will do."

Mr Chidambaram also spoke in support of students who took out nationwide protests against the centre. "India's students and youth decided to oppose this law because they understand the grave danger it poses to the Indian constitution. The Citizenship Amendment Act and National Register of Citizens are conjoined twins that pose a direct threat to Muslims. The law is unconstitutional, and I'm sure that it will be struck down by the Supreme Court," news agency ANI quoted him as saying.

On Thursday, General Rawat had accused certain "leaders" of instigating protesters to indulge in violence amid protests against the Citizenship Amendment Act. "Leadership is all about leading. When you move forward, everybody follows... But leaders are not those who lead people in inappropriate directions, as we are witnessing with a large number of students," he said at a health summit in the national capital.

Opposition politicians responded by asking General Rawat if he wasn't overstepping his brief by issuing such statements. "Leadership also means knowing the limits of one's office. It is about understanding the idea of civilian supremacy and preserving the integrity of the institution you head," Hyderabad MP Asaduddin Owaisi said.

General Rawat will retire from service on December 31.