Chasing Vijay Mallya, From London To His 'Secret' Country Home

Vijay Mallya's "secret" country home in the UK was difficult to hunt down without an exact postal address.

London/Hertforshire, England: The world's most famous can be seen at the Madame Tussauds wax museum on Baker Street in the heart of London. Two buildings away is the home of industrialist Vijay Mallya.

He has not been seen recently at this home; the Supreme Court has asked for a notice to be sent to him through the Indian Embassy in London believing he has been in the UK since March 2.

The court issued notice to Mr Mallya yesterday on a petition by 17 banks to stop him from leaving India over the massive debt owed to them by his grounded Kingfisher airlines. The government, however, told the court that he had already left last week.

The amount owed by his company is around 9,000 crores, Attorney General Mukul Rohatgi told the court.

Mr Mallya's "secret" country home in the UK was difficult to hunt down without an exact postal address. 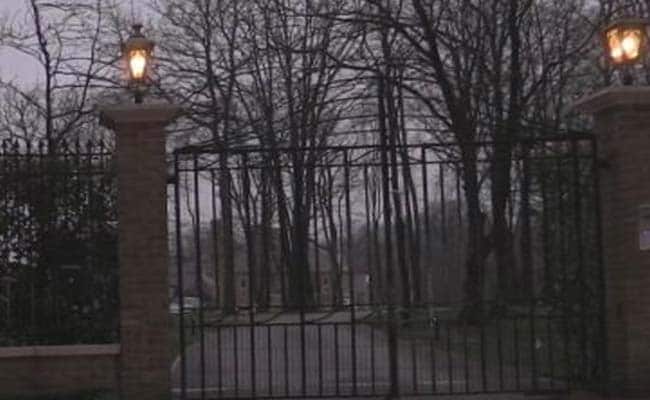 But at the Tiwen village in Hertforshire, about an hour away from London, his fame served as a good guide.

Most locals know where Mr Mallya lives. "He visits the local pubs regularly. Even yesterday a lady in a Black Audi car with 'Force India' written on it was here to meet him. I can tell when he is in town because there is a buzz around he moves around in several fancy cars. His house is among the biggest in our county." said a villager.

Mr Mallya had several visitors in the last two days at this country home, the villagers noted.

"Ladywalk" is the biggest bungalow on Queen Hoo road. It is spread over 30 acres, barricaded with metal gates wall to wall and is more contemporary than Victorian, with CCTV cameras at the entrance.

The staff at the bungalow initially indicated that Vijay Mallya was in. But on learning that a media crew was asking, they clammed up and said Mr Mallya wasn't there.

State-of-the-art interiors and a battery of expensive cars accessorize the bungalow in the quiet, verdant English village. At the 'White Horse' pub a few meters away, the staff shared that 'VJ' (Vijay Mallya) is a regular. "The last time he was here not long ago, he came as part of a big group of young girls and two young men," said an employee.

Though he remains an Indian citizen, Mr Mallya, a Rajya Sabha member, has been a UK resident for almost 28 years.

On Monday, on a request from creditor banks, the court blocked a $75 million or Rs 515 crore settlement between Mr Mallya and Diageo, which requires the businessman to step down as chairman of United Spirits.

But it has emerged that more than half of a $75 million (Rs. 515 crore) settlement due to Mr Mallya from the British firm Diageo has already been paid.