Seventeen people were killed and 64 injured in the blast at German Bakery, an eatery in the Koregaon Park area in Pune, in February 2010. 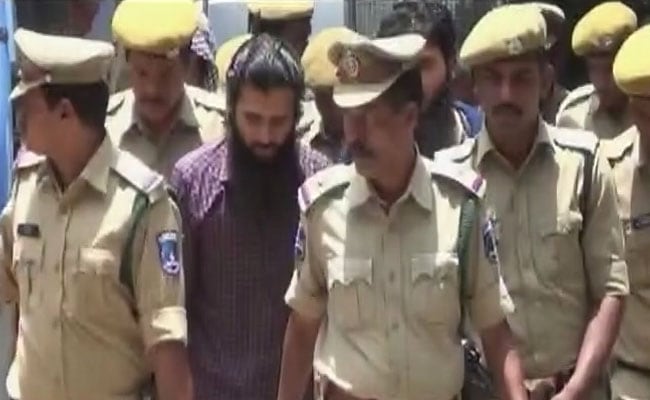 Charges were framed against Yasin Bhatkal, alleged co-founder of the terror organisation Indian Mujahideen, in the 2010 German Bakery blast case at a trial court today.

Charges were framed against him under various sections of the IPC, Explosive Substances Act and the Unlawful Activities (Prevention) Act, said special prosecutor Ujjwala Pawar.

Seventeen people were killed and 64 injured in the blast at German Bakery, an eatery in the Koregaon Park area in Pune, in February 2010.

This was the first time since his arrest that Yasin Bhatkal has been brought to the Pune court.

Prosecutor Pawar said the Delhi Police filed an application stating that due to security reasons, they would not be able to bring Bhatkal to Pune for trial, and further hearing should be conducted via video-conference.

Zahir Khan Pathan, Yasin Bhatkal's lawyer, opposed the Delhi Police request, saying the accused must be present during the trial.

"It is the duty of the state to provide security....He (Bhatkal) can be lodged here at Yerawada Central Jail till the trial ends," he said, adding that he would file his submission on the issue on May 15.

The NIA arrested Yasin Bhatkal, wanted in over 40 terror cases, from the Indo-Nepal border in 2013.