Rejection of the proposal means that Bihar will not be represented in the grand Republic Day parade at Rajpath in the national capital. 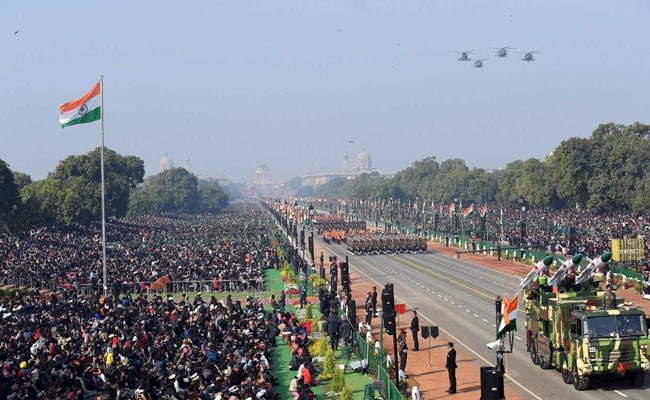 Bihar's proposed tableau was based on the theme of "Jal-Jivan-Haryali mission". (File)

The Bihar government's proposed tableau based on the theme of "Jal-Jivan-Haryali mission" for the Republic Day parade in Delhi has failed to find favour from the Centre, sources have told news agency Press Trust Of India.

Rejection of the proposal means that Bihar will not be represented in the grand Republic Day parade at Rajpath in the national capital.

They said the bid did not find favour on the ground that it did not fullfill the necessary criteria laid down for chosing tableaux from the states for the occasion.

Bihar had put forward its tableau based on the theme of ''Jal-Jivan-Haryali Abhiyan'' launched by Chief Minister Nitish Kumar in October 2019 to boost green cover and the ground water table in the state.

Opposition RJD took potshot at the NDA government at the Centre for "humiliating" the people of Bihar by dismissing its tableau.

"They (NDA government at the Centre) earlier shot down Bihar''s demand for special status and has now rejected a proposal to showcase its scheme through a tableau on the Republic Day.... This is the truth of the ''double-engine'' government trumpeted by the BJP," RJD spokesman Mritunjan Tiwari said.

The NDA governments at the Centre and in Bihar are cited by the ruling coalition leaders as "double engine" government to propel development in the state.