Partha Chatterjee was questioned in three shifts at the CBI office in Kolkata. 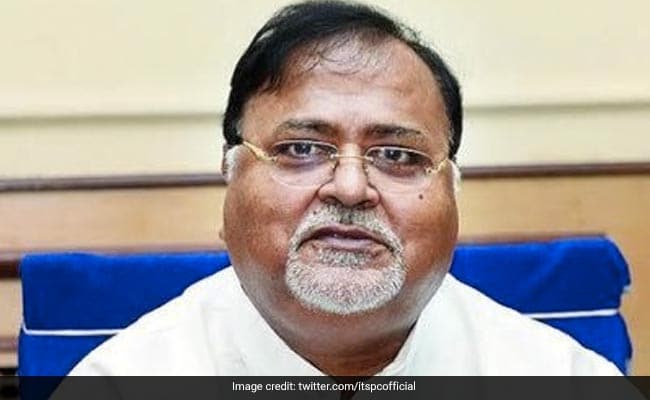 This was the second time since May 18 that Partha Chatterjee was grilled by the CBI.

West Bengal minister Partha Chatterjee was on Wednesday grilled by CBI sleuths for over eight hours in connection with its probe into alleged irregularities in appointments in government-run and aided schools, a senior official said.

Mr Chatterjee, who was the education minister when the alleged illegal appointments were made by the West Bengal School Service Commission (WBSSC), was questioned in three shifts at the CBI office in Kolkata, he said.

The senior Trinamool Congress leader was quizzed about the purpose of the formation of the SSC Advisory Committee and how the panel members were appointed.

The members of the advisory panel, which was constituted by the West Bengal School Education Department in November 2019 for monitoring pending recruitment of teaching and non-teaching staff, have already been questioned by the CBI sleuths.

Mr Chatterjee was asked questions on the illegal appointment of Minister of State for Education Paresh Adhikari's daughter as a primary school teacher, the official said.

The Behala Paschim MLA was also asked "under whose directive were the illegal appointments made", he told PTI.

Mr Chatterjee was on Wednesday morning called for questioning again by the CBI after his answers did not match with those by the members of the advisory panel.

This was the second time since May 18 that Mr Chatterjee, the secretary general of TMC, was grilled by the central probe agency in connection with the scam, which has snowballed into a major controversy in the state.

He was questioned for over three hours during his first appearance.

The Calcutta High Court had earlier upheld the orders of a single bench that directed the CBI to inquire into the alleged illegal appointments by WBSSC.