The Central Board of Film Certification chief today said that they have already cleared the film and the CBFC should not be dragged into the controversy anymore. "Let's refrain from utilising the CBFC's name unnecessarily," he added. 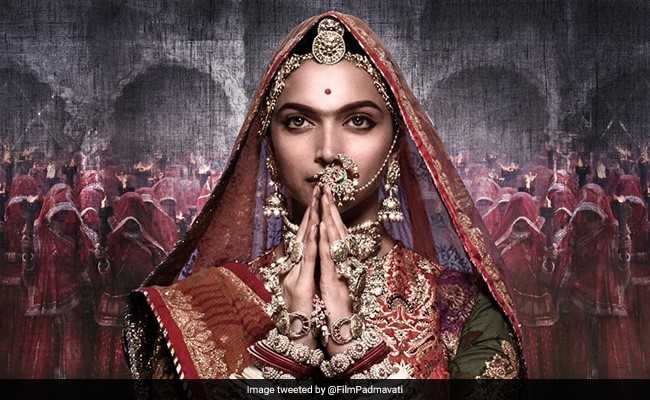 Mumbai: Central Board of Film Certification (CBFC) chief Prasoon Joshi today said the certification process of "Padmavat" is complete and reports about cuts are simply "untrue".

Mr Joshi said the producers had re-submitted the film with the changes (modifications) suggested by the board's advisory panel, which reviewed the Sanjay Leela Bhansali period drama recently.

"The makers have submitted the final film with agreed five modifications, these modifications have tried to incorporate observations and suggestions given by the advisory panel and also in keeping with the sentiments of society.

"This has already been communicated by the CBFC and a U/A certificate has been given to the film.

The CBFC's process is complete and any further news about cuts etc is absolutely untrue," Mr Joshi said in a statement to PTI.

In a release on December 30, the CBFC had said that the film will get a "U/A certification along with some modifications" and a likely change in the title on the basis of the attributed creative source.

Mr Joshi today said that they have already cleared the film and the CBFC should not be dragged into the controversy anymore. "Let's refrain from utilising the CBFC's name unnecessarily," he added.

The movie, which was earlier set to arrive in theatres on December 1 last year, will now release on January 25.

Promoted
Listen to the latest songs, only on JioSaavn.com
The film got stuck after various Rajput groups alleged that it distorts history, a claim repeatedly denied by the director. Historians are divided on whether Padmini actually existed.

As protests spread across various states, the film had to miss its earlier scheduled release.