The National Rally Championship was being held in Barmer when the motorcycle was hit by Gill's car that left the couple and their son dead. 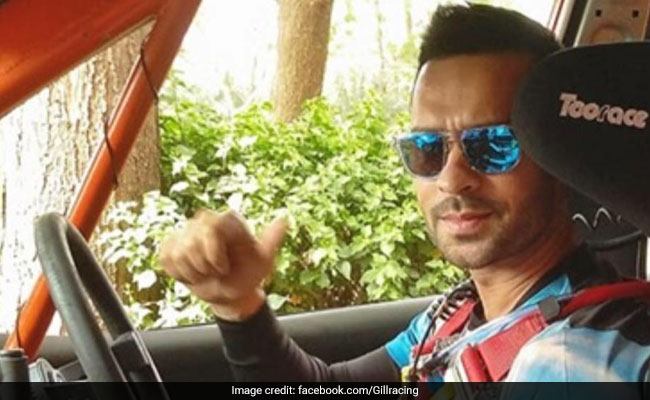 Gaurav Gill became the first motorsport driver to be conferred the Arjuna award earlier this year.

A case was filed against Arjuna awardee Gaurav Gill and another driver on Sunday in connection with an accident during a National Rally Championship race in which a couple and their young son were killed, police said.

A police official said companies involved in the event -- Maxperienace, Mahindra, JK Tyres, MRF Tyres and the Federation of Motor Sports Club of India -- have also been named in the FIR.

Additional Superintendent of Police Khinv Singh said the FIR was lodged at Samdari police station at 2 am on Sunday on a complaint by the deceased's elder son Rahul.

Rahul claimed that his parents were standing along the road with the motorcycle, talking to his younger brother, when Gaurav Gill's car hit them and two other cars coming from behind also crushed them. Gill and driver M Sharif were charged for culpable homicide not amounting to murder, the police official said, adding that their names were written on the vehicle that hit the motorcycle of the deceased.

Meanwhile, the bodies of Narendra Kumar, his wife Pushpa Devi and son Jitendra were still lying at the spot as villagers and family members demanded compensation, government job to a kin and the arrest of the accused.

"The stalemate is continuing. Efforts are being made to end it but the organisers of the rally are not cooperating. The villages are demanding since yesterday that the organisers come to the spot but they are not responding," SHO of Samdari Police Station Bhuta Ram said.

He said that there the local police had no update about the whereabouts of Gaurav Gill. The National Rally Championship was being held in Barmer when the motorcycle was hit by Gill's car that left the couple and their son dead. Rahul alleged that there were no proper safety and security arrangements in place during the race, but Barmer Superintendent of Police Shivraj Meena said that adequate measures were adopted for the rally. Internal roads of various villages in Barmer were used as the track for the rally.