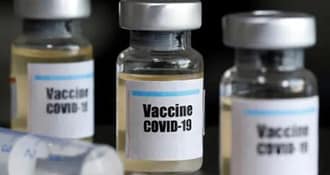 Case Filed After Misleading Pamphlets On Covid Vaccine Shots Appear In UP. (Representational)

A spate of pamphlets urging people of a particular community against taking anti-Covid vaccine shots and spreading rumours about their ingredients surfaced in the city here on Sunday, prompting police to lodge an FIR against unknown people.

The leaflets were immediately seized and an FIR was lodged in the Premnagar police station against unknown persons under various sections of the IPC for mischief mongering and trying to whip up communal passions, he said.

The SP said the police vigil has been stepped up across the city, particularly in sensitive areas, to maintain peace and nab the culprits.