PM Narendra Modi's cabinet reshuffle - the third in as many years - has been due for months now, especially in the scenario of vacancies and shifting alliances.

New Delhi: Nirmala Sitharaman will be the country's new Defence Minister while Piyush Goyal will be the new Railways Minister after a cabinet reshuffle on Sunday that saw nine new ministers take oath. Ms Sitharaman and Mr Goyal too took oath after being promoted to cabinet rank along with Dharmendra Pradhan and Mukhtar Abbas Naqvi. Nirmala Sitharaman is the first woman Defence Minister; Indira Gandhi held the department twice when she was Prime Minister.

Here are the top 10 developments on the cabinet reshuffle: 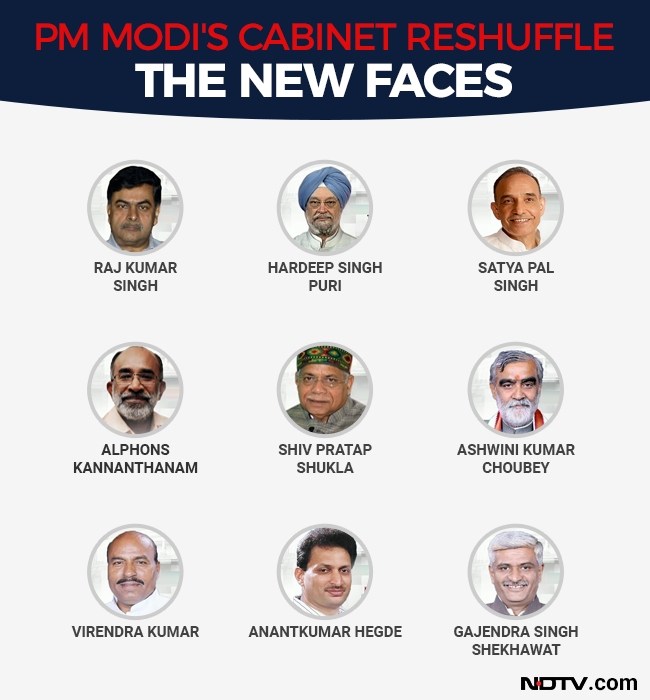