Suresh Prabhu tweeted his farewell to the Railways Ministry, which has been plagued by train accidents over the past few months. 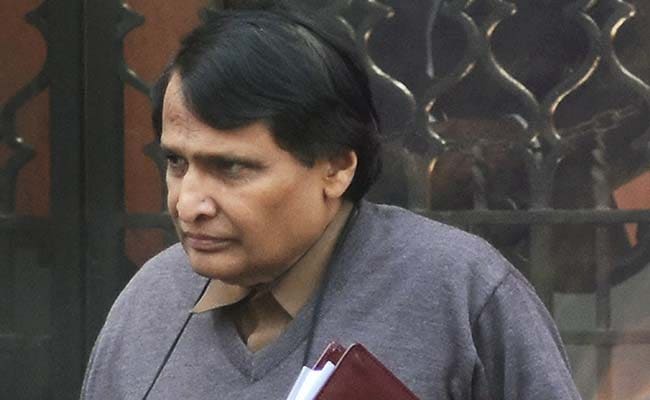 "I will always cherish these memories with me," tweeted Former Rail Minister Suresh Prabhu (File)

New Delhi: Suresh Prabhu will take over the Commerce Ministry after Nirmala Sitharaman was elevated to the cabinet as Defence Minister.

He tweeted his farewell to the Railways Ministry, which has been plagued by train accidents over the past few months.

"Thanks to all 13 Lacs+ rail family for their support, love, goodwill. I will always cherish these memories with me. Wishing you all a great life," said Mr Prabhu.

Mr Prabhu, who had met Prime Minister Narendra Modi and offered to resign after the train accidents last month, had been absent from his Rail Bhavan office from August 23.

Promoted
Listen to the latest songs, only on JioSaavn.com
Mr Prabhu also welcomed Piyush Goyal who will take charge of the Rail Ministry after him.

Welcoming my long time dear friend,colleague @PiyushGoyal to @RailMinIndia.I offer all my help to him to make railways world class.all best

In his tweets, he congratulated the new ministers as well as those who had been elevated.

On August 19, 23 people were killed and over 200 injured when 13 coaches of a train derailed near Muzaffarnagar, Uttar Pradesh. Four days later, 10 coaches of the Kaifiyat Express heading towards Delhi collided with a dumper in Auraiya district, Uttar Pradesh.

Mr Prabhu has also not attended any function as rail minister since then, though he was present at a recent rally in Goa as a BJP MP and a party event.