On the posters by Bajrang Dal and Vishwa Hindu Parishad, Yogesh Raj "wishes" people on behalf of the two organisations 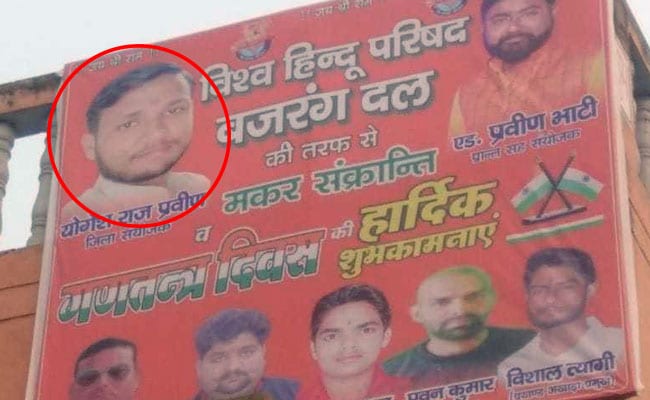 Yogesh Raj, the main accused in the December mob violence in Uttar Pradesh's Bulandshahr in which a police officer was killed, has top billing in posters of the Bajrang Dal, a Hindu right-wing group greeting people on Makar Sankranti festival and Republic Day.

Yogesh Raj, a district leader of Bajrang Dal, was arrested on January 3, exactly a month after police inspector Subodh Kumar Singh was killed in mob frenzy over cow slaughter allegations. The police say he raised the cow slaughter complaint after the discovery of carcasses at a forest, and incited a mob that targeted policemen.

On the posters by Bajrang Dal and Vishwa Hindu Parishad, Yogesh Raj "wishes" people on behalf of the two organisations on the occasion of Makar Sankranti and the upcoming Republic Dal celebrations.

The Bajrang Dal has said its leader is innocent and will be cleared of the allegations. 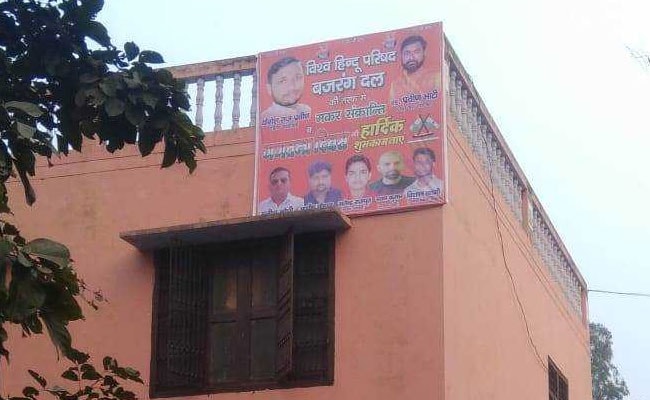 Yogesh Raj was able to avoid arrest and even put out videos from hiding, which led to allegations that the UP police was soft on him. The perception gained more traction when Chief Minister Yogi Adityanath, at a security review meeting after the mob killing, was seen to be more concerned about taking action against cow slaughter.

According to the police, Yogesh Raj's cow slaughter complaint also had false names. The violence erupted when an argument between him and the police escalated. Officer Subodh Kumar Singh was chased, cornered in a field and shot dead by the mob of 400 which allegedly included activists of the Bajrang Dal, the Vishwa Hindu Parishad and a youth wing member of the ruling BJP.