Bulandshahr Cop Killed By Mob Was Corrupt, Says Another Accused In Video

Local BJP leader Shikhar Agarwal, who is also named in the FIR, has blamed police inspector Subodh Kumar Singh, who died in the clashes, for the violence. 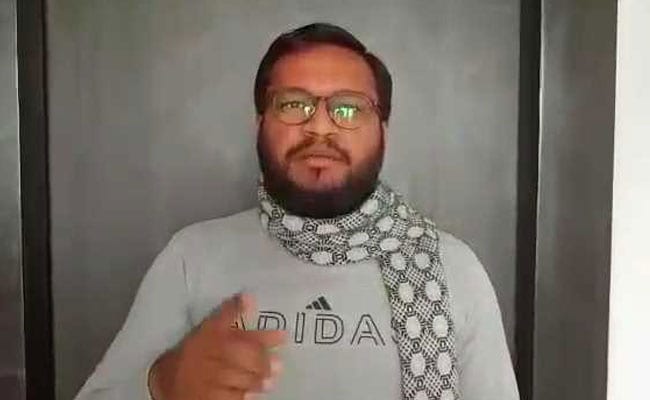 Shikhar Agarwal claimed in the video that Mr Singh threatened to kill him.

A day after a Bajrang Dal activist appeared in a video claiming innocence in the Bulandshahr mob violence, another man wanted by the police in the case has released a video.

In the video, local BJP leader Shikhar Agarwal, who is also named in the FIR, has blamed police inspector Subodh Kumar Singh, who died in the clashes, for the violence which erupted around a police post over alleged cow slaughter.

Inspector Singh and 20-year-old Sumit Kumar were killed as a mob, which included right-wing activists, clashed with the police.

On Wednesday, a man identifying himself as Yogesh Raj, the convenor of Bajrang Dal's Bulandshahr unit, issued a video message claiming innocence.He claimed he was no present at the site of the violence.

The Bajrang Dal's western Uttar Pradesh unit backed his claim of innocence, but also asked him to surrender before the police.

In the latest video, Shikhar Agarwal, who is BJP's Syana unit youth wing president, claimed it was the inspector who created tension by stopping him and others from taking cow carcasses to the Chingrawathi police post for filing a complaint over the alleged slaughter.

He claimed in the video that Mr Singh threatened to kill him and his aides.

The BJP worker also accused Mr Singh of being "corrupt" and "siding with the Muslim community" to perpetuate cow slaughter.

Both Shikhar Agarwal and Yogesh Raj are among the 27 people named in the FIR registered by the police after the violence.