Inspector Subodh Kumar was found shot dead in his official vehicle. Four people have been arrested, but the main accused is missing. 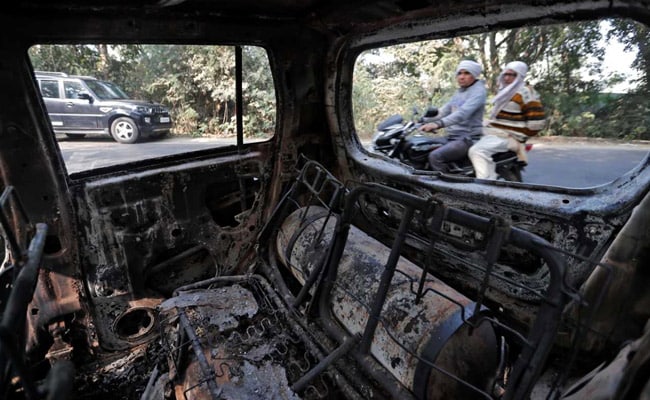 Days after two people including a senior police officer were killed in clashes that erupted after 25 cow carcasses were found, BJP lawmaker Bhola Singh has pinned the blame on the police for the violence in Uttar Pradesh's Bulandshahr. He said today that the police resorted to lathi charge on protesters that incited the violence.

"I have come across a video where a policeman is saying that protesters became violent only after police resorted to lathi charge. Why such a situation arose that general public was lathi-charged instead of pacifying him?" Mr Singh said.

The violence erupted on December 3 after recovery of the carcasses in the forest close to a police post. Inspector Subodh Kumar was found shot dead in his official vehicle. Four people have been arrested in connection with his death, but the main accused, Yogesh Raj, a Bajrang Dal functionary, is still missing. Yogesh Raj has sent out a WhatsApp video proclaiming his innocence.

Uttar Pradesh Chief Minister Yogi Adityanath had announced a compensation of Rs 40 lakh for Mr Singh's wife, Rs 10 lakh for his parents and a government job for a member of his family.