Bajrang Dal Asks UP Mob Killing Accused To Surrender, Says He Is Innocent

The Bajrang Dal also demanded a CBI probe into the incident, saying because the police themselves were the complainant. 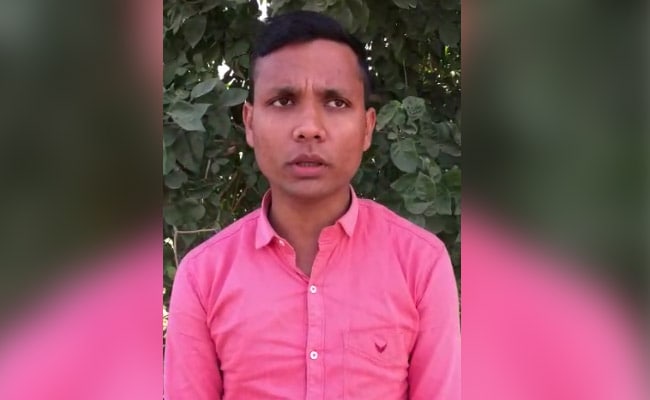 Yogesh Raj is the main accused in the mob violence in the Uttar Pradesh's Bulandshahr which killed two.

The Bajrang Dal on Wednesday asked its Bulandshahr coordinator Yogesh Raj, who is the main accused in the mob violence in the Uttar Pradesh town which killed two, to surrender before the police and said it believed he is innocent.

The Bajrang Dal also demanded a CBI probe into the incident, saying because the police themselves were the complainant.

Inspector Subodh Kumar Singh, who had initially probed the 2015 lynching of Mohammed Akhlaq in Dadri, and a 20-year-old local man, Sumit Kumar, died of gunshot injuries on Monday as a mob protesting alleged illegal cow slaughter torched a police post in Bulandshahr and clashed with cops.

Yogesh Raj is among the nearly 90 people who have been charged for rioting and violence.

Some villagers in Mahav, where the cow carcasses were found, have claimed that the locals had agreed to compromise and wanted to bury the animals' remains, but that the activists of Bajrang Dal carried them to the police post, creating a ruckus.

"Yes, we admit having brought the carcasses to the police station because we wanted action against those involved in cow slaughter. But when the police had agreed to our demand and registered an FIR, then why should we create ruckus?" Bajrang Dal leader Praveen Bhati asked.

Asked why then Yogesh Raj's name had cropped up in the violence, he said, "It is because the two incidents have been linked. The people who had gathered here were outraged over cow slaughter and Yogesh Raj went to the police station to get a case registered."

"What happened here (violence at Chingrawathi police post) in the meantime, Yogesh Raj has got nothing to do with it. He is our district convenor, we are with him and he is innocent. He will cooperate with the police and come out at the right time," he said.

Mr Bhati claimed Singh and Kumar were shot with guns of same bore.

"Sumit was killed by a private weapon and the police had fired that bullet. The FIR mentions that Subodh Kumar's private pistol was robbed. What was he doing there with the private weapon? The bore of the guns with which both were shot are the same," he said.

"Certainly he should surrender, but I should also make it clear that the probe should be conducted by a bigger agency for the truth to be revealed. In this FIR, the police themselves are the complainant and in such a situation how can they carry out a fair probe?" Mr Bhati asked.

When told that a special investigation team is probing the incident, he said, "I am not satisfied with this, I think the CBI should probe it. All over the country the Bajrang Dal's image is being maligned and we are being portrayed as a violent organisation..."

"At least the truth should come out that a district level worker of Bajrang Dal cannot do such things," he added.

Mr Bhati said connecting Singh's death with that fact that he was probing the Akhlaq lynching case would be incorrect.

The Bajrang Dal leader claimed Yogesh Raj was on cordial terms with the inspector.

Mr Bhati said he last spoke to Yogesh Raj on the night of the incident and till then there was no complaint against him. "Truth should come out and Yogesh should be brought to book if he is found guilty," he said.