Born On PM Modi Birthday, Over 1200 Cut Cake Together To Set World Record

Over 1,200 people who share their birthday with the Prime Minister Narendra Modi gathered in Surat to create a Guinness World Record for the "largest same birthday gathering". 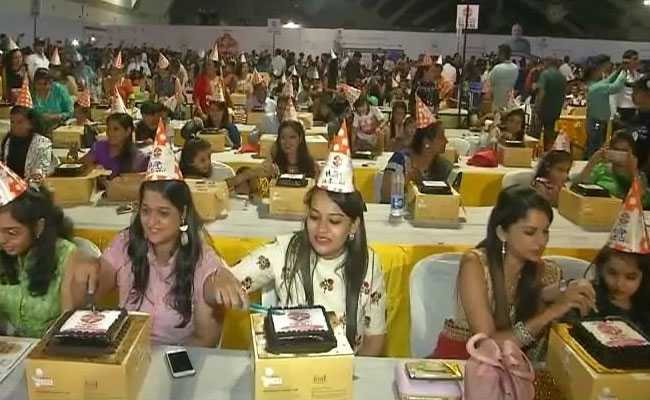 A popular bakery in Gujarat celebrated Prime Minister Narendra Modi's 68th birthday in a unique way on Monday. Over 1,200 people who share their birthday with the Prime Minister gathered at Sarsana exhibition centre in Surat to create a Guinness World Record for the "largest same birthday gathering". According to Guinness World Records website, the record was earlier held by Stichting Apenheul in Netherlands that celebrated 228 people's same birthday gathering on July 4, 2012.

The "Birthday Carnival", celebrated as Atulya Shakti Diwas, brought September 17-borns from across the country together and they all cut their own cakes under the same roof. From children to elderly, all were seen wearing birthday caps and enjoying birthday songs.

"We formed over 20 groups of around 50 people each and named the groups after the schemes launched by PM Modi Around 1200 people sharing their birthday with the PM have gathered here," said Atul Vekariya, the owner of Atul Bakery.

The group for young girls was named "Sukanya Yojana"; for adolescent girls, it was "Beti Bachao Beti Padao", for elderly, the group's name was "Atal Pension Yojana", for youth, the name was "Skill India". Digital India, Jan Dhan Yojana, Swachch Bharat Yojana were some of the other group names, but what stood out was a group that had people with the name Narendra. 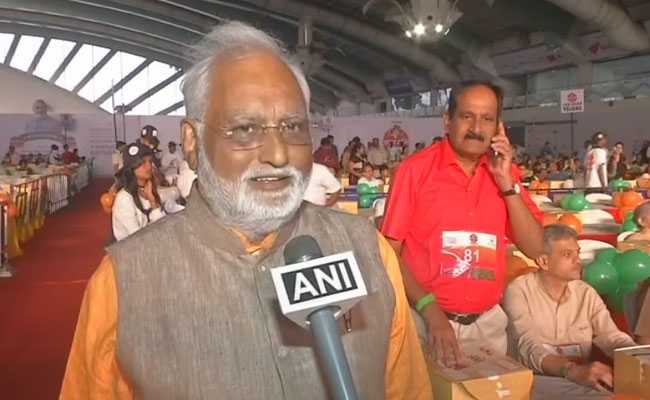 Another group member Palak Bafna said, "I share my birthday with PM Modi. I cannot do what Modi ji has done, but I can certainly keep my house, surroundings and nation clean as part of the Swacch Bharat Campaign launched by him."

Last year, the bakery made a huge 680 feet cake that was cut by 'Divyaang' or the differently-abled.