The civic election in Jalgaon is important to the ruling BJP and its estranged ally Shiv Sena, as they are contesting it together at a time their ties have almost hit rockbottom. 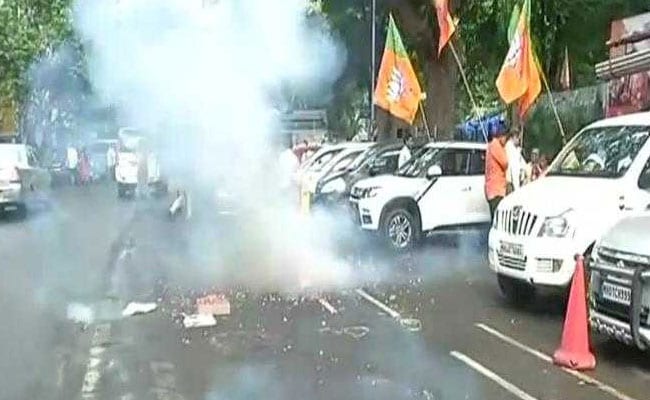 Maharashtra Civic Polls: It is a major victory for the ruling party in the sugar belt of Maharashtra

The BJP today won emphatic victories in civic body polls in Sangli and Jalgaon in Maharashtra.

In the Sangli-Miraj-Kupwad Municipal Corporation, the BJP won 41 out of 78 seats and the Congress won 20. It is a major victory for the ruling party in the sugar belt of Maharashtra, where the opposition NCP (Nationalist Congress Party) of Sharad Pawar has a strong base. The BJP did not have a single corporator in the civic body.

The NCP has always dominated the region but this time, the BJP has won a decisive victory with the highest number of seats for a single party. The NCP won 15 seats.

The outfit, which contested the election on the Shiv Sena symbol, earlier had 36 seats.

The NCP, which had 11 corporators in the civic body, drew a blank. The Congress failed to win a single seat for the second consecutive time.

A total of 754 candidates contested 153 seats in these two cities, which have 7,89,251 voters. The elections to the two civic bodies were held on August 1

The civic poll victory is a boost for the BJP in an election year.