BJP Wants Ban On 'Padmavati' In Gujarat Till Polls, Congress For Ban If It Distorts History

The BJP wrote to the Election Commission seeking a ban on release of the movie till after the Gujarat Assembly elections on December 9 and 14. 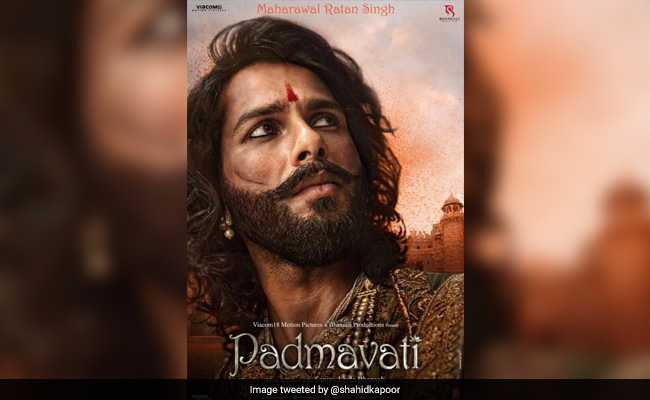 The BJP claimed the movie would hurt the sentiments of Kshatriya and Rajput communities.

Ahmedabad: Sanjay Leela Bhansali's multi-starrer "Padmavati" has run into trouble - this time political - in Gujarat ahead of its December 1 release. While the ruling BJP has demanded the release be postponed till after the state elections, the Congress has said if there is actually "distortion of history" in the movie then it should not be released at all.

The BJP on Wednesday wrote to the Election Commission seeking a ban on release of the movie till after the Gujarat Assembly elections on December 9 and 14.

"The state is set to witness elections and in such an environment it is imperative that there is no controversy related to any community and so we have approached the Election Commission for a ban on the release of the movie in the state," he added.

Senior Congress leader and national spokesperson Shaktisinh Gohil said, "With elections round the corner, a Minister from BJP has written to the Election Commission seeking a ban on 'Padmavati' till the elections are over. It is your government, write to the PM."

"Also just postponing the release will not assuage the feelings of a community. We demand that if there has been distortion of history as claimed, the movie should not be released at all," Mr Gohil told reporters.

He said before arriving at any decision, there should be a special screening of the movie for select community leaders and cuts be made to keep their feelings in mind.

Earlier, members of the Kshatriya and Rajput communities from 17 districts met with several ministers seeking a ban on the film.

Promoted
Listen to the latest songs, only on JioSaavn.com
In the past, members of the Karni Sena in Rajasthan had resorted to burning posters of the movie and had even disrupted its shooting in Jaipur. In Gujarat, a group of protesters had stormed into a mall in Surat in mid-October and destroyed a rangoli of actress Deepika Padukone's 'Padmavati' poster drawn by a young local artist.

The Good News Is That Vaccines Work Against India Strain. The Bad News...