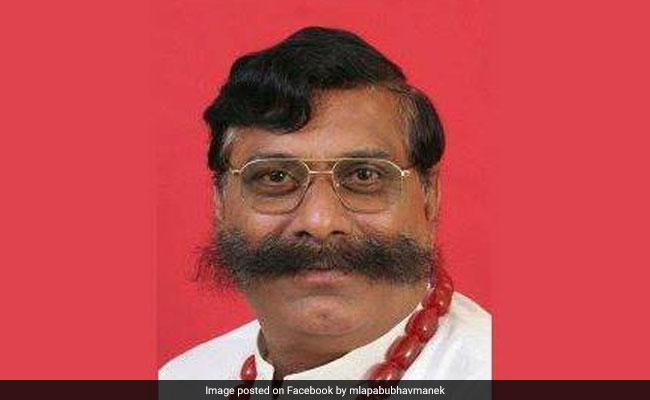 Mr Manek's victory from the Dwarka Assembly constituency in 2017 was challenged in the high court by his opponent and Congress candidate Meramanbhai Goria.

A bench headed by Chief Justice Ranjan Gogoi said it will hear Manek's appeal against the high court verdict next Monday.

Mr Goria, in his petition, had said Mr Manek's election should be set aside as he had submitted a defective nomination form having no mention about the name and number of the constituency, that is "82-Dwarka".

Admitting the contention raised by him, the court had cancelled the election held for the Dwarka seat in December 2017, saying that the defect in the nomination form was a "defect of substantial character as contemplated under the provisions of the Representation of the People Act, 1951".

Though Mr Goria had also sought to declare himself as the winner for garnering second highest vote after Mr Manek in the poll, the court had not accepted that plea and only ordered the cancellation of the election of Mr Manek, who is a seven-time MLA from that constituency.

In his petition, Mr Goria had claimed that there was no mention of the name and number of the constituency in Mr Manek's nomination form, a lapse which calls for cancellation of his election.

As per the petition, Mr Manek's proposer Dharnant Bhulabhai Chavda mentioned his own name in a column meant for mentioning the number of and name of the constituency, that is "82-Dwarka".

Instead of writing "82-Dwarka" in the specified space, Mr Chavda wrote his full name in the nomination form.

The high court had held that it was indeed a "defect of substantial character" as per the Representation of the People Act and according to some past Supreme Court judgements.

The court had also noted that the returning officer's action of rejecting the objections filed by Ahir at that time against Mr Manek's nomination was "illegal".

The court had said the result of the election has been "materially affected by improper acceptance" of the nomination of Manek at that time.