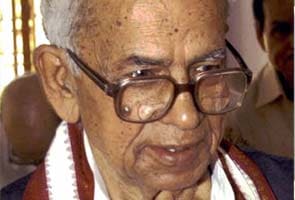 The 89-year-old leader, who had served as Governor of Gujarat from May 7, 2003 to July 7, 2004 and for a brief period of Rajasthan too during the same duration, was born at Dudharchak in Buxara district in 1923. He was a bachelor.

Mr Mishra had served as finance minister in the government of Karpoori Thakur in Bihar in 1977.

While studying in class X, Mr Mishra was arrested for picketing at the main gate of his school at Buxar in support of 1942 Quit India movement.

State BJP President CP Thakur said the body of Mr Mishra, who had his roots in the Jan Sangh, would be taken to the Bihar Assembly first. Thereafter his body would be kept at the state party headquarters before cremation tomorrow.