Election Results: Rajya Sabha BJP MP Sanjay Kakade claimed that the BJP's losses in Rajasthan and Chhattisgarh were expected, but the trends in Madhya Pradesh have come as a surprise on counting day. 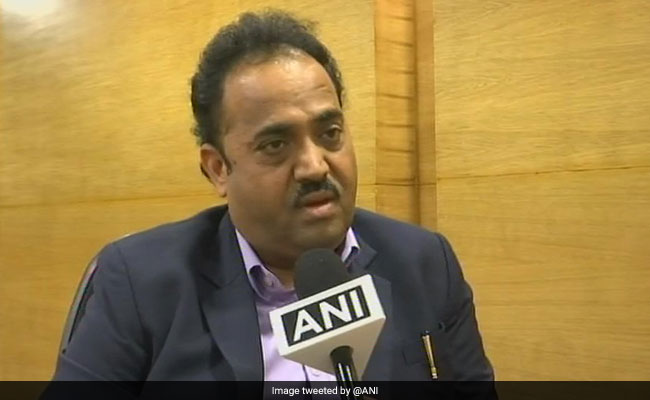 With electoral trends until Tuesday afternoon showing the BJP in a neck-and-neck contest with the Congress in Madhya Pradesh and taking a beating in Rajasthan and Chhattisgarh, its own lawmakers have begun criticising the poll strategy adopted by the party leadership. Rajya Sabha BJP MP Sanjay Kakade claimed that the BJP's losses in Rajasthan and Chhattisgarh were expected, but the trends in Madhya Pradesh have come as a surprise on counting day.

"I think it's because we forgot the issue of development that Prime Minister Narendra Modi took up in 2014, and turned our focus to statues, name-changing and the Ram temple," news agency ANI quoted Mr Kakade as saying.

The Congress had managed to garner a near-unassailable lead in Chhattisgarh by Tuesday afternoon, and it seemed well set to form the next government in Rajasthan. In Madhya Pradesh, election results showed the two parties still playing a game of political see-saw.

Mr Kakade was referring to the renewed push for the Ram temple by right-wing groups, including the Rashtriya Swayamsevak Sangh (RSS) and the Vishwa Hindu Parishad (VHP), besides heightened efforts to attract Hindu votes ahead of the assembly elections. The viability of building the Statue of Unity in Gujarat for nearly Rs 3,000 crore at a time when farmers across the country were suffering under debt was also called into question by many.

Adding to this was Uttar Pradesh Chief Minister Yogi Adityanath, a firebrand leader with markedly right-wing views who was employed as a star campaigner in the run-up to the assembly elections. Mr Adityanath had lately gone on a name-changing spree, providing historical places such as Allahabad and the iconic Mughalsarai Railway Station with names better suited to Hindutva sensibilities.

Mr Kakade, who represents Maharashtra in the upper house of parliament, had predicted a dismal showing by his party in the Gujarat polls last year too. However, he was forced to retract his statement after election results showed the BJP scoring a comfortable victory, stating that he had not factored in PM Modi's "charisma" while making it.

Although the Prime Minister had fought the 2014 elections on the development plank, a number of administrative missteps such as demonetisation and hasty implementation of the goods and services tax prevented him from following through on his promises. The opposition's offensive over the Rafale deal also put the party on the defensive.

Exit polls had predicted that the BJP will beat the Congress by a single seat in Madhya Pradesh, turning up a hung assembly. While the opposition party was shown to score a clear majority in Rajasthan, with 110 seats to BJP's 78, the two parties were predicted at neck-and-neck levels in Chhattisgarh.