Rajasthan: In last week's Rajya Sabha elections, BJP MLA Shobhrani Kushwah had voted in favour of the Congress candidate in violation of the party whip. 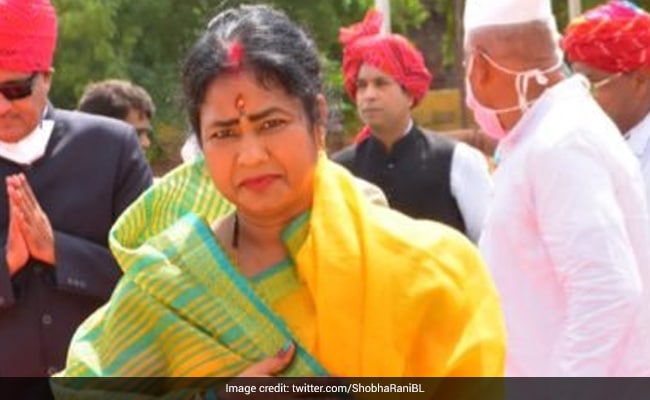 The BJP on Wednesday expelled its MLA Shobharani Kushwah from the party for cross-voting in the Rajya Sabha elections in Rajasthan.

In a letter to Ms Kushwah, BJP Central Disciplinary Committee secretary Om Pathak said separate action would be taken against her for violation of discipline.

"You are expelled from the party with immediate effect and also relieved of other responsibilities given by the party," the letter read.

In the Rajya Sabha elections held on June 10, Ms Kushwah had voted in favour of Congress candidate Pramod Tiwari in violation of the party whip. The BJP had issued a show-cause notice the same day and had suspended Ms Kushwah.

The MLA had to reply to the notice by June 19, but before that, she issued a statement to the media targeting the BJP. The MLA said the party asked her to vote for such an independent candidate in the Rajya Sabha elections who was openly discussing cross-voting.

Shobharani Kushwah is the wife of former BSP MLA B L Kushwaha, who was disqualified as a legislator in December 2016 after being convicted in a murder case.

She won the bypoll necessitated by the disqualification on a BJP ticket in 2017. In 2018, she won the seat again in the assembly elections.