He said a "mahaparivartan (change)" will come only through "social justice" and the SP-BSP-RLD combine was committed to it. 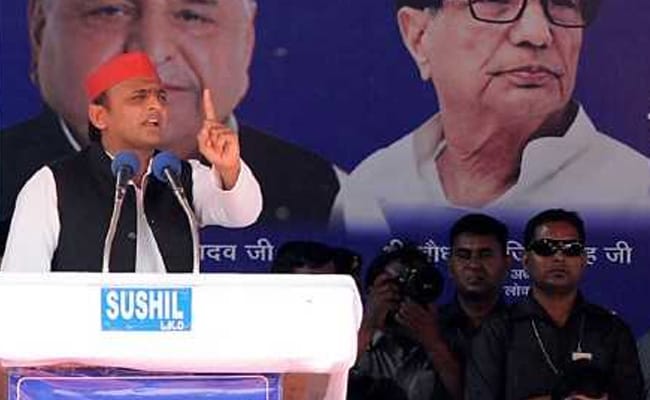 Samajwadi Party supremo Akhilesh Yadav today alleged that the BJP was dividing the society on the basis of caste and religion while the mahagathbandhan (grand alliance) was committed to remove hatred.

Mr Yadav targeted the BJP, saying that the party showed false dreams to the people and promised them "acche din (good days)" but in reality, did nothing for them.

"They (BJP) confused the people with their promises and forgot the acche din promise after coming to power," he said.

"The BJP is playing politics by dividing the society on basis of caste and religion. Our Mahagathbandhan wants to remove the hatred and bring a change to save the Constitution," the former chief minister said in a statement in Lucknow.

He said a "mahaparivartan (change)" will come only through "social justice" and the SP-BSP-RLD combine was committed to it.

Terming the BJP election manifesto a "Dhoka Patra (document of lie)", Mr Yadav said, "The Indian economy has become weak due to demonetisation and other faulty economic policies of the BJP government."

He urged people to take away the "chauki (base)" of "Chowkidars" and ensure that the next government is one that cares for all sections of the society and believes in harmony.

The SP president said if voted to power at the Centre, the alliance would give special allowance to "chowkidars".