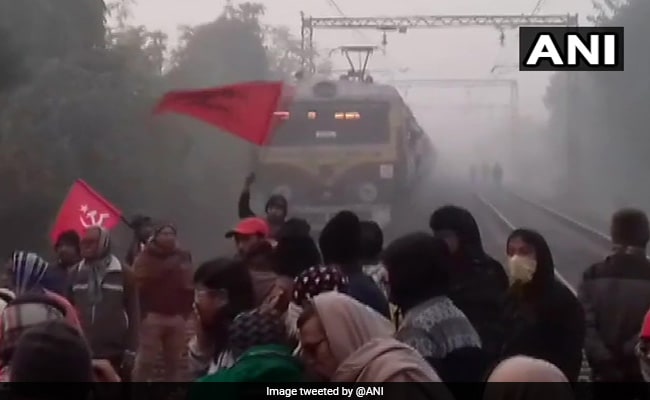 Lakhs of trade union workers led Bharat Bandh - a nationwide strike today, disrupting transport and banking services to protest against privatisation and labour reforms. More than ten national trade unions affiliated to left-wing parties, including the main opposition Congress, have called for a Bharat Bandh against the growing impact of economic slowdown on jobs, Foreign Direct Investment or FDI, disinvestment, corporatisation and privatisation policies. The trade unions are pressing for a 12-point common demand charter of the working class relating to pay hike, fixing of minimum wage, social security, uniform five-day week, among others.

Impact of Bharat Bandh In Bengal, Delhi, Punjab, Haryana and other states:

Bharat Bandh impact in Rajasthan:
Banking and roadways services were partially affected as members of trade unions joined the strike. A demonstration was held in front of the LIC Building in Jaipur.  Rajasthan roadways employees affiliated with Centre of Indian Trade Unions (CITU) also participated in the "Bharat bandh". However in Jaipur, most of the markets opened as usual and there was not much impact on public transport services.

Bharat Bandh impact in Bengal:
The workers disrupted train services in Kolkata and other towns while shops and banks were shut at various places. Buses, taxis and auto-rickshaws stayed off the road in the state, reported news agency Reuters.

The protesters blocked the railway track at Kanchrapara in North 24 Parganas and shops were shut in Siliguri where a North Bengal State Transport Corporation (NBSTC) bus driver was seen wearing a helmet while driving in the wake of protests during the strike. 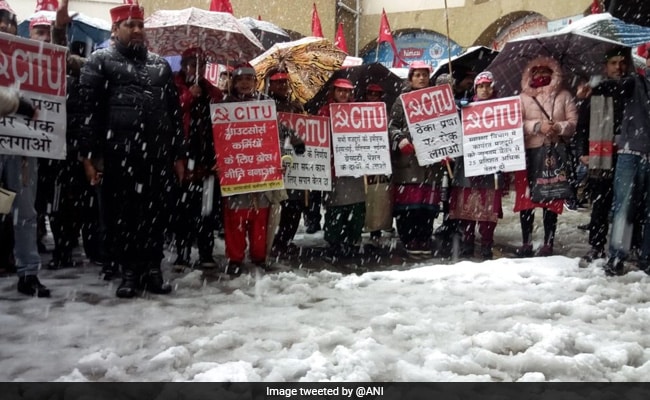 Bharat Bandh impact in Delhi, Mumbai, Bengaluru:
The national capital remained largely unaffected by the Bharat Bandh. Bengaluru too remained unaffected by the nationwide strike. In Mumbai, lakhs of commuters faced hardships as an indefinite strike called by BEST, the city's civic transport undertaking, continued. There were only five buses plying on city roads. Over 32,000 BEST employees went on an indefinite strike Tuesday over various demands, including higher salaries, reported news agency ANI.

Bharat Bandh impact in Punjab:
With the state-run roadways unions joining the All-India strike, most of the buses were off the roads in Punjab. In the Punjabi University in Patiala, some students and teachers joined the protest and did not allow the rest to enter the university campus. Reports of partial shutdown of shops and other establishments were received from Punjab's Patiala, Ludhiana, Bathinda, Hoshiarpur, Jalandhar and other places, reported news agency IANS.

Bharat Bandh impact in Odisha:
In Odisha, train services were hit on the second day of the strike as trade union activists staged "rail rook" at several places including Bhubaneswar, Balasore and Berhampur. Several trains were delayed due to blockade of railway tracks by strike supporters, leaving a large number of passengers stranded at many places. 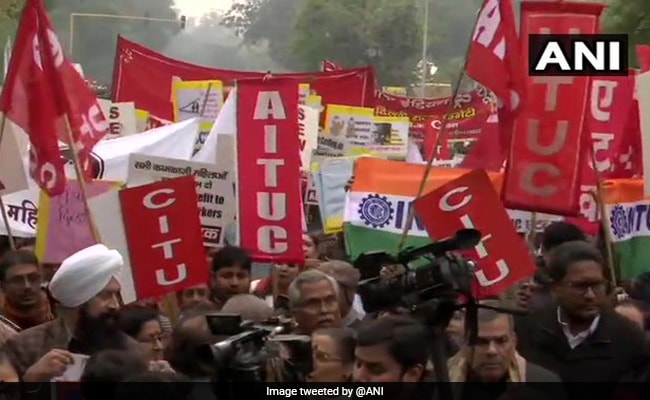 Bharat Bandh impact in Telangana:
Banking services across Telangana were severely hit by the nationwide strike. However, most of the shops and business establishments were open and transport services remained unaffected, news agency PTI reported.

Bharat Bandh Impact in Kerala:
In Kerala, a treasury branch of the State Bank of India in Thiruvananthapuram was attacked and trains were blocked in various parts of state. Buses, taxis and auto rickshaws stayed off the road.

Several opposition leaders backed the Bharat Bandh by the trade unions. In a tweet, Congress leader Rahul Gandhi said the policies of the Modi government have created "catastrophic unemployment" and weakened state-run companies. Thousands of people have lost jobs in the manufacturing and the construction sector and debt-ridden companies have cut their investment plans.

India is facing its worst slowdown in decades, and the government has forecast 5 per cent growth for the current financial year, the slowest pace in 11 years. The unemployment rate rose to 7.7 per cent in December from 7 per cent a year earlier, the data released by the Centre for Monitoring Indian Economy, a Mumbai-based think tank, showed.

The government is likely to cut spending for the current fiscal year by as much as Rs 2 trillion as it faces one of the biggest tax shortfalls in recent years, due to the economic slowdown.

It said declining consumption and investment, coupled with falling tax revenue, had combined to put the brakes on what was once the fastest growing of the world's major economies.