For Protection, Bus Driver Wears Helmet Amid Strike In Bengal

All India strike: The West Bengal Transport Department said it is running 22 per cent more buses today to help commuters stranded due to "Bharat Bandh" 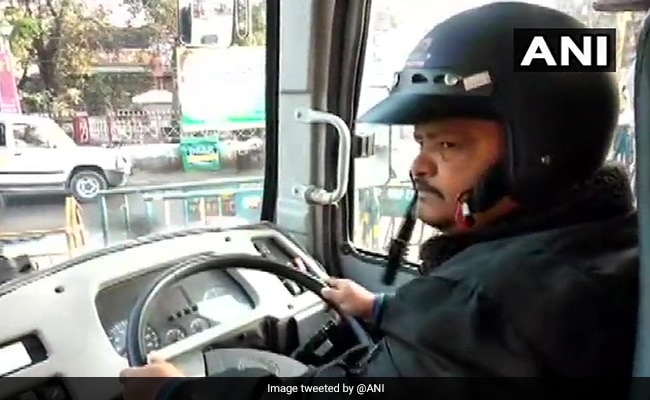 A driver of a state-run bus was seen behind the wheel in a helmet as he drove through the narrow streets of Siliguri in West Bengal amid an all-India strike called by trade unions today.

The West Bengal Transport Department said it is running 22 per cent more buses today to help commuters stranded due to the protest that was called against the economic policies of the government led by Prime Minister Narendra Modi.

Trade unions including CITU and INTUC are enforcing the strike over 12 demands, including pay hike and five-day working.

The Bharatiya Mazdoor Sangh (BMS), which is linked to the ruling BJP, is not taking part in the strike.

Services at some bank branches across the country may be affected.