Punjab unit chief Bhagwant Mann will remain in his post during the exercise which is being carried out keeping in mind the 2022 Assembly polls, according to a party statement. 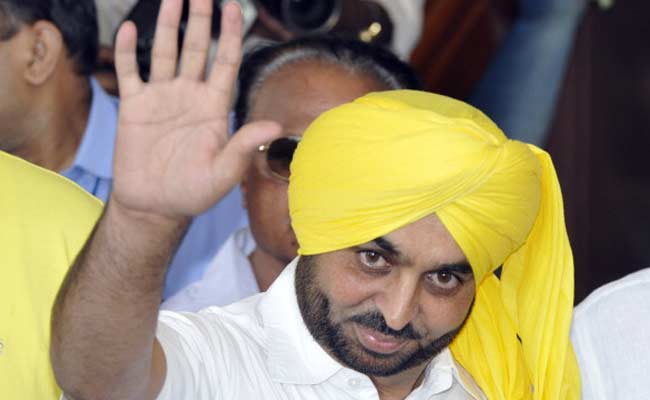 The Aam Aadmi Party's (AAP) Punjab unit is going for a revamp as it announced dissolution of its organisational structure including core committee, all wings and district units on Saturday.

Punjab unit chief Bhagwant Mann will remain in his post during the exercise which is being carried out keeping in mind the 2022 Assembly polls, according to a party statement.

"The core committee and all other wings will be dissolved and new organization would be soon formed and announced. The move aims to strengthen the party unit ahead of assembly polls in 2022," AAP's in-charge of Punjab affairs Jarnail Singh said.

State president and MP Bhagwant Mann said that the decision was taken following a series of meetings of district, constituency and state level office-bearers to strengthen and streamline the organisational structure of the party from the booth to the state level.

"Based on the feedback garnered from all over the state, responsibilities of competent, loyal and hardworking volunteers and leaders will be enhanced and swapped so that the AAP emerges as a strong and organised team to fight the big battle (assembly polls) in 2022," Mr Mann said.

The AAP emerged as the principal opposition in Punjab in the 2017 assembly election but the result was below its expectations. It won four Lok Sabha seats out of 13 in Punjab in 2014 and just one in 2019.

The AAP is already in the process of restructuring its Delhi unit based on the performance of the candidates in assembly elections of 2020.