"No Sifarish (Recommendations)": Bhagwant Mann On 25,000 Jobs In Punjab

Mr Mann asked his party MLAs to not come with any "sifarish" (recommendations) for the vacant positions. 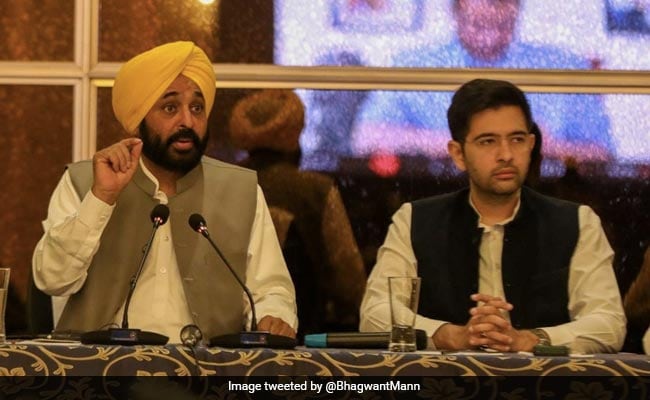 The meeting of the AAP MLAs was held in Mohali

Punjab Chief Minister Bhagwant Mann on Sunday asked the Aam Aadmi Party (AAP) MLAs to work with honesty for the welfare of people.

Mr Mann, who threw open 25,000 jobs in various state government departments on Saturday in his first Cabinet meeting, asked his party MLAs to not come with any "sifarish" (recommendations) for the vacant positions.

"Many will approach you for these jobs, but refrain from making any recommendations. There is no place for corruption in Aam Aadmi Party," Mr Mann said.

Unemployment has been one of the major issues that the Aam Aadmi Party had raised during the just-concluded state assembly polls.

Addressing the party MLAs, AAP National Convener and Delhi Chief Minister Arvind Kejriwal lauded the work of the new Chief Minister Of Punjab and said he has "covered a lot of ground within just three days."

"The government has begun working in Punjab," said Mr Kejriwal.

The meeting of the AAP MLAs was held in Mohali and Mr Kejriwal joined it via video conferencing from Delhi.

Earlier, Mr Mann announced that his government will launch an anti-corruption helpline number on March 23 that will allow people to upload videos of corrupt officials asking for a bribe or indulging in other malpractices

Bhagwant Mann took oath as the Chief Minister of the state on March 16. On Saturday, ten AAP MLAs were inducted into his Cabinet.

The AAP recorded a landslide victory in the Assembly elections winning 92 seats in the 117-member House.