Suvendu Adhikari claimed that he has been the subject of spiteful aggression launched by the Trinamool since he left the party and joined the BJP in December. 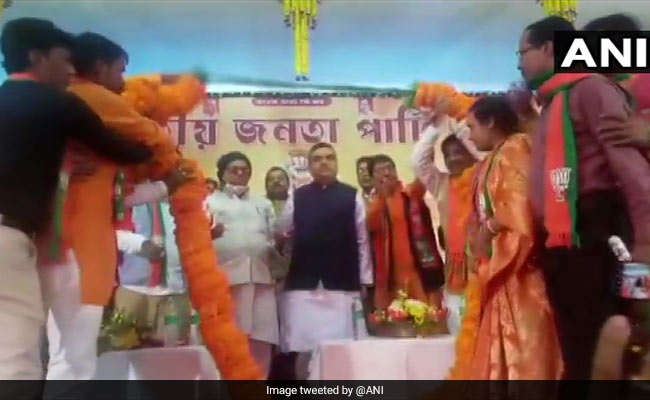 BJP leader Suvendu Adhikari filed a petition before the Calcutta High Court on Wednesday, seeking direction to the West Bengal Police for providing him protection in view of the alleged aggression and attack on him and his supporters by workers of the ruling Trinamool Congress.

He claimed that he has been the subject of spiteful aggression launched by the Trinamool since he left the party and joined the BJP in December.

Mr Adhikari mentioned in his petition that he has been appointed the chairman of Jute Corporation of India, a post equivalent to the rank of a Union cabinet minister.

Stating that he has been made a "Z" category protectee by the central government owing to "severe threat perception", he said in the petition that this cannot be the reason for the state authorities to remain dormant and indifferent over his security.

Mr Adhikari prayed for an order, directing the authorities in the West Bengal government to immediately ensure security for him, including security arrangements at places of his visits for holding public meetings and on his travel routes.